Breakthrough Listen will examine a million stars for signs of techno-signatures. 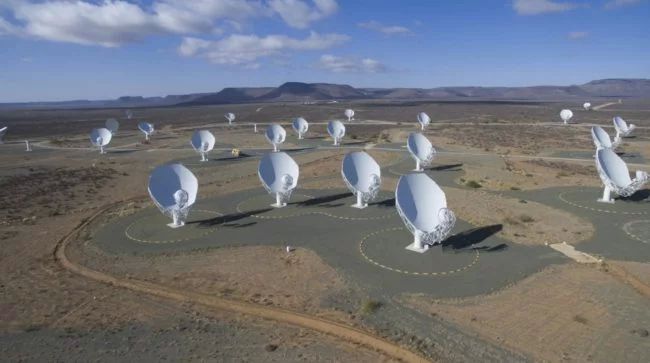 The project Breakthrough Listen, aimed at finding extraterrestrial life, expands its capabilities with the announcement of the inclusion in the program of using the MeerKAT radio telescope network located in the Northern Cape Province of the Republic of South Africa. With this installation and other telescopes around the world, scientists from the Breakthrough Listen project are going to examine 1 million stars for signs of signals from alien civilizations.

Recall Breakthrough Listen was initiated by billionaire Yuri Milner and the late Stephen Hawking, who allocated $ 100 million to the search program for extraterrestrial life, as well as other projects.

“Joining forces with MeerKAT greatly enhances Breakthrough Listen. Now this is a truly global project, ”commented one of the project’s founders, Yuri Milner.

The official opening of the MeerKAT radio telescope network took place this July. The network consists of 64 radio plates, each with a diameter of 13.5 meters. The signals received by each of the plates are combined into a single source, which significantly increases the sensitivity, resolution, and viewing angle, members of the project Breakthrough Listen say.

The network of radio telescopes MeerKAT was created with the aim of conducting astrophysically [research, as well as a harbinger of a more ambitious project – Square Kilometer Array (SKA), whose construction will be completed in about 2024. As part of this project, it is planned to combine several dozens of radio telescopes into a single and largest radio interferometer in the world, whose collecting area should significantly exceed 1 square kilometer. More than 20 countries participate in the project.

According to the portal Space.com, MeerKAT radio telescopes will not have to postpone their basic scientific work in connection with the new tasks of finding signs of extraterrestrial life. The Breakthrough Listen team installed a small supercomputer at the MeerKAT control center that will allow the installation to search for extraterrestrial life in the background, almost without stopping.

“With this system we will be able to send a multitude of rays into space at once and receive highly detailed data from multiple objects simultaneously. It complements and simultaneously expands our capabilities in working with other telescopes. The search for extraterrestrial techno signal will be made much faster and more accurate than ever before, ”commented Breakthrough Listen curator Andrew Simion.

This is a huge amount of incoming data. The Listen system installed in the MeerKAT control center has an input transfer rate of 4 terabits per second, which is about 40,000 times higher than the bandwidth of an average home Internet connection, members of the Breakthrough Listen team say.

“This development represents a big step in the search for extraterrestrial life. Using such a large network of ultra-sensitive telescopes distributed over a vast area, like MeerKAT, offers many advantages over conventional large single plates, ”comments another project curator Michael Garrett.

“The Breakthrough Listen – MeerKAT joint project can be a very powerful new tool for finding extraterrestrial life and bring this program to a new level,” the researcher adds.

According to the original plan, the MeerKAT network was to consist of 20 radio plates. The project was called Karoo Array Telescope (KAT). However, later the South African government increased funding for the project, which allowed it to build a total of 64 radio telescopes. Following the expansion of the project was followed by a name change. A network of radio telescopes called MeerKAT. The word “meer” with Afrikaans means “more.” In addition, MeerKAT is fully consonant with the English word “meerkat”, which is translated as meerkat. These animals of the mongoose family are very common in South Africa and are distinguished by keen observation.