Bright astronomical phenomena of a New Year’s Eve and 2017 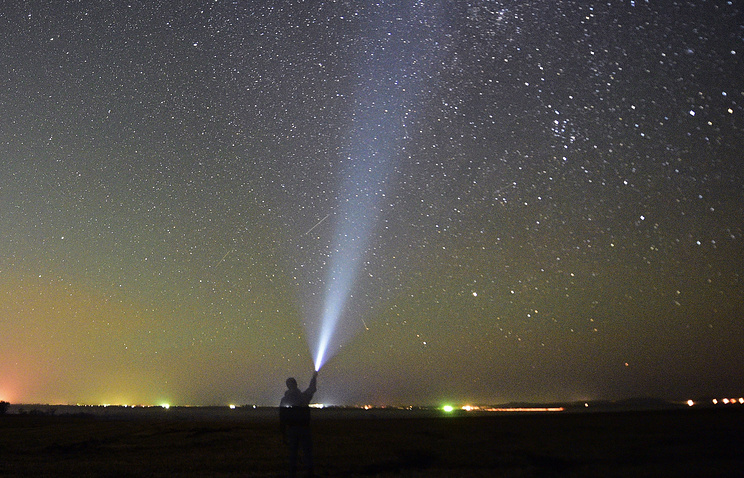 Fans of space in 2017 will be able to see a tail of the flying by comet, congestions of heavenly bodies and other spectacular phenomena. One of them can be observed directly on New Year’s Eve, the specialist of Big Novosibirsk planetarium, the member of council of the Novosibirsk astronomical society Oleg Kashin told.

— January 1: departed from a feast and to the telescope dropped — Kashin jokes. — Actually Giuseppe Piazzi and discovered on January 1, 1801 the first minor planet Ceres.

On the night of January 1 residents of Russia will be able to watch rapprochement of planets — in the sky will meet Mars and the Neptune. However, if the pink point of Mars is visible with the naked eye, then the blue Neptune it will be possible to make out only in the telescope.

Rapprochement of Mars and the Neptune — it is rather interesting, spectacular and convenient for observation: not often in a palate on one small site in the telescope or a field of vision it is possible to see two planets at once
Oleg Kashin
specialist of Big Novosibirsk planetarium

— It is rather interesting, spectacular and convenient for observation: not often in a palate on one small site in the telescope or a field of vision it is possible to see two planets at once — Kashin says.

He specified that not planets in space but only their projections on the celestial sphere approach.

Later, on February 26, Mars and the Uranus will approach. To consider the last, the telescope is also required. The following spectacular rapprochement of planets will happen only in the fall of 2017.

— On November 13 Venus and Jupiter will be very close to each other. Them it will be interesting to observe too — the scientist considers.

Except rapprochements, astronomers and fans of the star sky will be interested in coverings of stars and planets — when one object for a while in whole or in part closes another. So, the Neptune in 2017 will become covered by the Moon 13 times, the Aldebaran (the main star in the constellation of the Taurus) — 14 times.

Congestion of planets and stars

On September 18 in the morning sky several heavenly bodies will meet at once: The moon, Venus, Mars, Mercury and the main star in the Leo constellation — Regul.

— All this company will be visible on the small site of the sky about 10 degrees in size. For a comprehension: the visible angular size of the Moon is a half-degree. If near to put 20 moon, it also will be the territory in which will meet the whole five stars — the astronomer told.

All these objects can be observed with the naked eye.

In 2017 in general there will be favorable conditions for observation of a number of planets. Already now and till March brightly shines on southwest side of the sky Venus. By January 12 it will depart in our palate on the maximal distance from the Sun and will be especially well distinctive. 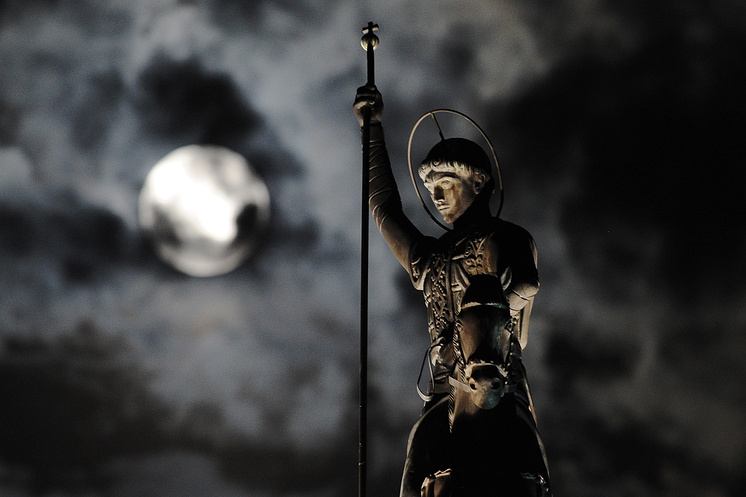 Mars — faintly pink point in the southern part — is visible right after sunset, an opportunity to observe it will remain until the end of July. Visibility of Jupiter improves, conditions for its observation will become the best by April 7. Saturn will be distinctive from January 9 to summer.

Enke’s comet will fluff up a tail. If does not deceive

Astronomers give conservative forecast that in February in the evening sky it will be possible to see Enke’s comet with the naked eye. Flying up it is close to the Sun, the comet is usually warmed by beams and begins to thaw stronger why it increases a tail, adding staginess to observations.

However Oleg Kashin warned that comets not always meet expectations of fans of astronomy. The matter is that the comet body sometimes becomes covered by a dirty dust cover — it can be compared to a mud crust which appears when thawing snow in the spring.

— Sometimes this cover can be so expressed that even at a proximity to the Sun the comet will not give effective evaporation, and a big tail it will be visible not. So there was a term of an extinct comet — the astronomer explains.

But to Enke’s comet before it it did not happen. The last time it could be observed near the Sun in November, 2013, and then the comet had a big tail, so, it has to please observers and in 2017, Kashin considers.

Besides, on January 18 there will be best conditions for observation of an asteroid of Vest which has the sixth star size and will be visible in the elementary telescope. In the main belt of asteroids it is one of the largest minor planets. The most interesting meteor showers will be Perseida (at most — on August 12), Drakonida (on October 8), Orionida (on October 21) and Leonida (on November 17).

And here behind solar eclipses which in 2017 there will be two — ring and the complete, from the territory of Russia to observe it will not turn out.

To see the total solar eclipse on August 21, fans of astronomy should go to the USA. In our country the partial phase of an eclipse can be observed only on the Chukotski Peninsula.

And here all residents of Russia can practically become witnesses of a lunar eclipse on August 7. The moon in the night of August 8 considerably will change the brightness and color.

Oleg Kashin added that it is interesting to look into the sky always, space will find what to surprise.

— On the one hand, we have astronomical calendars in which the rigorous schedule of astronomical events is specified, on the other hand, there is always an opportunity for surprise. Perhaps, right now light from a new star which blew up somewhere away and long ago approaches borders of Solar system. And nobody in our world of it knows, but tomorrow evening in all media will write that the new star was lit.