Bromine can play an important role in the atmosphere of Venus 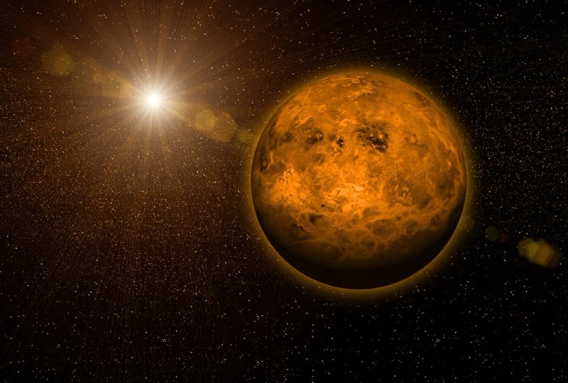 The above image shows a night on Venus in infrared light from the Japanese spacecraft Akatsuki.

Various hydrogen compounds, including hydrogen bromide, could, in the opinion of researchers, play an important role in the formation of the protoatmosphere of Venus. This conclusion was reached by scientists from the Moscow Institute of Physics and Technology and from the Space Research Institute of the Russian Academy of Sciences, comparing the data obtained by ground-based observatories with the predictions of the photochemical model of Venus.

The full results of the study were published in the journal Icarus.

Since the 1960s, various space probes have been sent to Venus. Moreover, 17 out of 24 successful missions were launched by the Soviet Union. This is why Venus was even informally called “the Russian planet”.

Science fictionists of the mid-20s represented Venus in their works as a potentially inhabited world completely covered by the ocean. However, the temperature of Venus and its lower atmosphere is extremely high. It is 460 degrees Celsius on the surface of the planet, and the atmospheric pressure of Venus is 93 bar. In such aggressive atmospheric conditions, very specific compounds are created in the atmosphere of Venus. Scientists suggest that it is hydrobromide and hydrogen halides, as well as hydrogen chloride and hydrogen fluoride. All these compounds can be an important part of the Venusian atmosphere.