Brown dwarfs which can live life 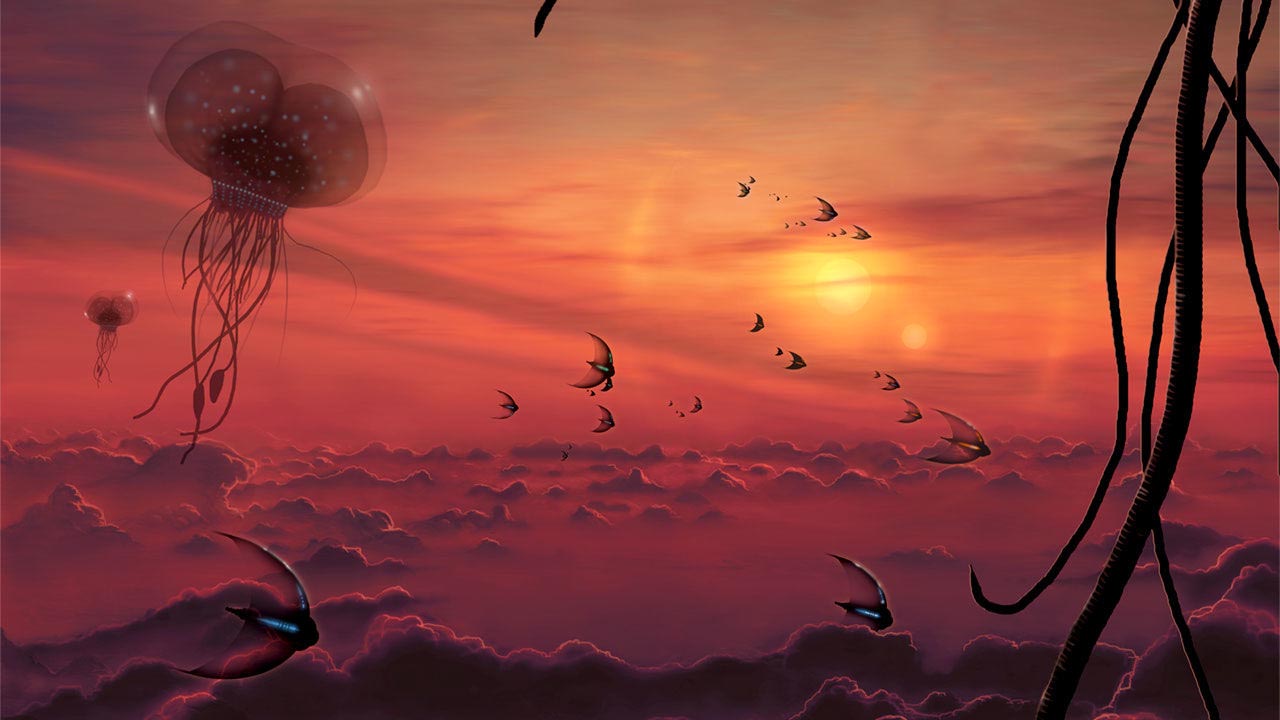 Brown dwarfs — cool stars, the atmosphere of which is quite warm and rich in earthly minerals to ensure that in its upper layers would have put microbes from Earth. A new study by scientists from Britain resurrects the ideas of Carl Sagan, on extraterrestrial ecosystems.

Floating by themselves in the milky way, brown dwarfs (stars with a mass tens of times greater than the mass of Jupiter, but not sufficiently hot and large to burn like regular lights) can be a potential “space real estate” for future generations. According to a new study, the upper layers of its atmosphere have the same temperature range and pressure as on the Ground, and this means that they could settle microscopic organisms.

The idea is to expand the habitat of terrestrial organisms across the Universe if not new, but still not considering all the possibilities of this action. “You don’t necessarily need a planet with a surface similar to earth,” says Jack Yates, a planetary scientist from University of Edinburgh in the UK, heads the study. In the atmosphere are not only birds. For many decades biologists have been accumulating knowledge about germs, drifting high above the Ground. Still 1976 Carl Sagan was simulated ecosystem that can develop in the upper atmosphere of Jupiter, using as power sources solar power. In Russia, too, there was a theory about how you can populate the micro-organisms into a rich carbon dioxide atmosphere over the inhospitable surface of Venus.

Yates and his colleagues think in the same vein, however, have data that Sagan was not even close. The temperature of the surface of some brown dwarfs, discovered in 2011, about room, so to be in the lower layers of the atmosphere more than comfortable. In March 2013, researchers even found on the WISE 0855-0714, which is only 7 light years from Earth, the atmosphere with water clouds! Yates decided to update the calculations of Sagan, and to determine the size and density of the atmosphere, as well as potential strategies for microbial survival in a Xeno-environment full of mostly hydrogen gas. The main problem is that if you go too far, then it is possible simply to freeze.

In such a world, a small natural “sinkers” so microbes will have a better chance than “floats”, as proposed by Sagan. This researchers reported in the latest issue of the Astrophysical Journal. But a lot depends on the weather: if the atmosphere will be powerful ascending winds (such as Jupiter or Saturn), heavier creatures will also be able to occupy their ecological niche. In the absence of sunlight, the microbes can eat chemical substances as observations of the atmospheres of brown dwarfs show that they contain most of the “earthly” ingredients: carbon, hydrogen, nitrogen and oxygen, but phosphorus is not likely.

Currently discovered only a few dozen cold brown dwarfs, and the statistics say that about 10 of them should be at a distance from 10 to 30 light-years from Earth. They will be one of the main targets of the telescope James Webb (JWST), is sensitive to the infrared, where brown dwarfs emit order of magnitude more intense. After launch in 2018, the telescope has to send the Earth report about the weather conditions and the composition of the atmospheres of these stars, says Jackie Faherty, astronomer from the Institute of science name of Carnegie in Washington, USA.

Testing for the presence of existing life on these objects would require a strong spectral signature of microorganisms (in other words, the analysis of samples of methane or oxygen from the atmosphere). Another question is what is familiar to us protein is unlikely life could arise on a planet where no hydrothemal vents filled with water (in these geological formations, according to most scientists, life began on Earth). But the idea of settling earthly organisms cold stars very promising and in the future is likely to be the basis for the first interstellar colonies.