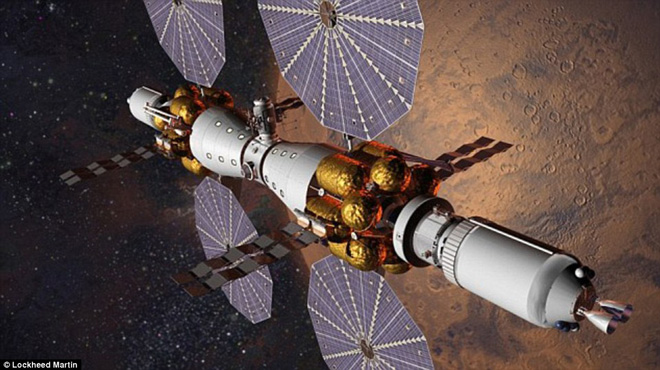 The Lockheed Martin Company talked about plans to send people to a three-day flight around Mars.

At a meeting of the Florida Committee of the National Space Club, the former NASA space shuttle pilot, Tony Antonelli, said that the idea of ​​a “Martian base camp” would be implemented in 2028.

According to Antonelli, “Lockheed Martin” does not expect “some miracle” to achieve its goal. Instead, the company will rely on existing technology. Six astronauts on board the “Orion” will revolve around Mars for three days. The mission will take place within the next 10-12 years, said Antonelli.

The statement came at a time when NASA was working on the demand of the administration of Donald Trump to assess the possibility of sending an astronaut team around the Moon with the first flight of the Launch System rocket and the Orion spacecraft.

“Lockheed Martin” first announced its accession to the Martian race in May 2016 at the “People on Mars” summit in Washington. The company is confident that, circling around the Red Planet, astronauts will be able to perform scientific research in real time. They will analyze the Martian rock, soil samples and choose the ideal place for people to land on the surface of the planet.

NASA wants to get to Mars in the 2030s. Lockheed Martin hopes to convince the space agency that the orbital post a few years earlier is an important stage in achieving the goal.

“Lockheed Martin” will use “Orion” as the command and control center of the mission. The technology will help astronauts remotely explore Mars and survive there 1000 days.

The company is also developing space dwellings based on current NASA projects. Dwellings will use an electric propulsion unit on solar energy – a technology that already works on satellites.

The spacecraft will be launched in 2018 without a command, and five years later a manned mission will follow it.

Ilon Mask, the founder of SpaceX, also believes that it will be possible to send the first people to Mars in the next 10-15 years.