By the Earth flew by asteroid the size of 1.6 kilometers 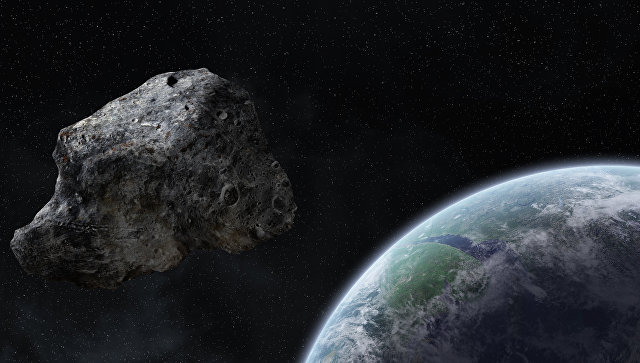 An hour ago, with our planet just missed the asteroid 2004 BO41 large and the small celestial body with a diameter of 1600 meters, flying at a distance of 15 million kilometers from Earth, according to the minor planet Center of the International astronomical Union.

This asteroid was discovered by scientists in 2004 in the framework of the search for near-earth asteroids using LINEAR meter telescope of the U.S. air force. Its diameter, according to current estimates of NASA, is from 500 to 1600 meters. At this time, the asteroid approached the Earth at a respectful distance — about 39 distances between the Moon and our planet, and did not represent a threat to life on Earth.

It belongs to the family of so-called apollonovka asteroids, which includes small celestial bodies whose orbits are outside the earth, and cross it in farthest from the Sun point. In the case of 2004 BO41, the object moves at a raised reared orbit closest to the sun, the point of which is closer to the Sun than mercury, and the furthest almost reaching the orbit of Mars.

Among apollonovka asteroids as today according to some researchers, treated, and the famous Chelyabinsk meteorite and the Apollo family includes several celestial bodies that NASA has recognized the minimum, but potentially dangerous to life on Earth.