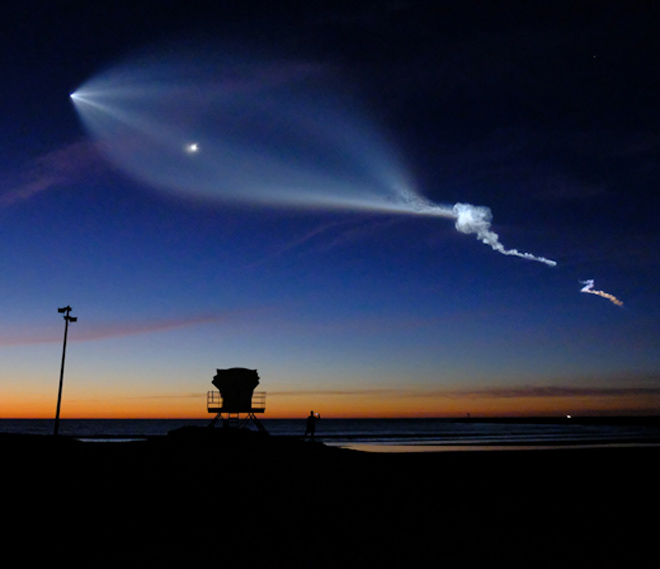 On December 22, at 17:30 local time, a private space company, SpaceX, launched a two-stage missile from the Vandenberg airbase near the California coast. The result was the decline of rare beauty. Art Brown took this picture from Ocean Beach near San Diego:

“For the first time I saw the launch completely – and it was actually an impressive sight,” says Brown. “The first stage flew over the pier in an arc, and the second step continued to soar upward.”

It should be noted that such an unusual “cloud-track” caused a considerable commotion in social networks: very many Internet users reported seeing a UFO.

The rocket delivered 10 communication satellites to the near-earth orbit, adding them to the “constellation” of the Iridium NEXT satellites. This is the fourth such mission, which SpaceX conducts for Iridium. Moreover, the missile used for the mission had already made an orbital journey earlier. “Falcon-9” earlier took off in June for the second mission of Iridium.