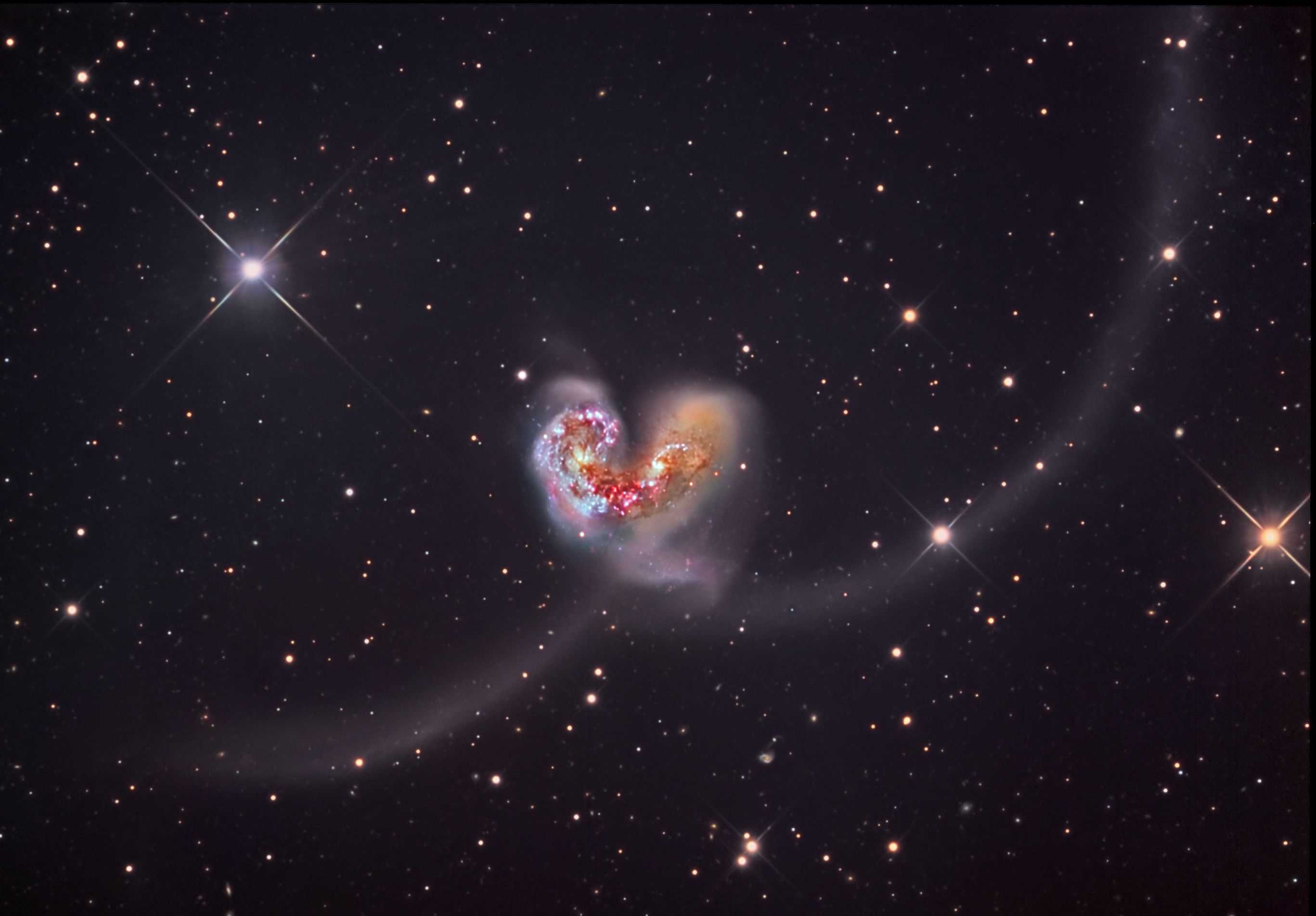 Our Milky Way and other galaxies do not drift in space completely freely: gravity forces them to assemble into clusters, the dimensions of which sometimes reach tens of millions of light years. This is one of the largest structures in the universe, and their collisions can create the largest magnetic fields. This conclusion was reached by scientists from the Max-Planck Radio Astronomy Institute in Germany and their colleagues from the American Harvard-Smithsonian Center for Astrophysics.

From the side such collisions do not look like a serious “cosmic catastrophe” – only a few of their countless stars and planets directly cut into each other. Basically, the interaction happens at a distance. So it will be with our Milky Way, which in a few billion years will converge with the neighboring Andromeda Nebula and (as computer simulation shows) as a result of a long process merge with it into one huge galaxy.

At the same time, huge amounts of gas and dust form vast, arc-shaped clouds of matter, discarded by such interaction. Today tens of such characteristic traces of collisions are known to astronomers. In an article published by Astronomy & Astrophysics, scientists describe the results of a detailed study of some of them, which was conducted in the radio range. 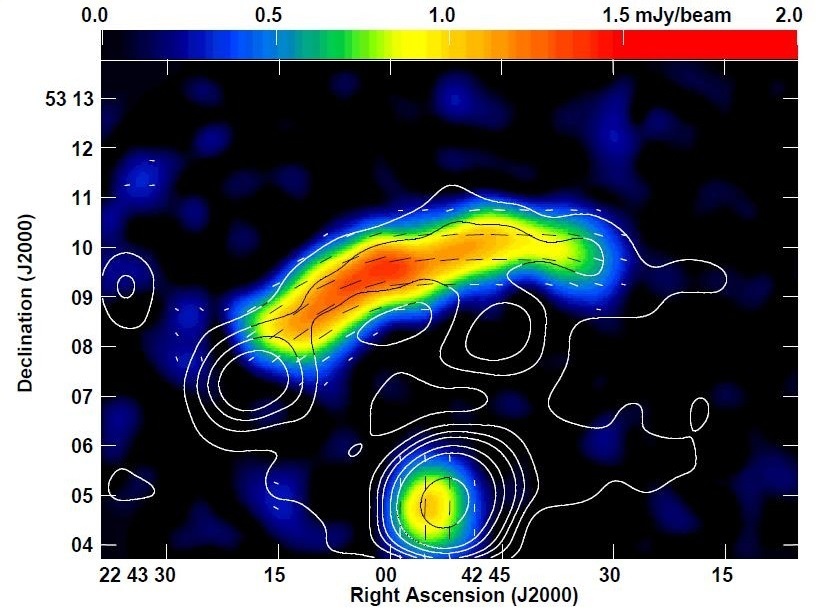 Of the four objects studied by the authors (CIZA J2242 + 53, 1RXS 06 + 42, ZwCl 0008 + 52 and Abell 1612), three were intensively mixed. The motion of charged particles creates extensive magnetic fields. “We have discovered so far the largest ordered magnetic fields in the universe,” says astrophysicist Maja Kierdorf, “they stretch for more than 5-6 million light-years.”

The strength and shape of the magnetic fields created by the remnants of intergalactic collisions allow one to better know the catastrophe that led to their appearance. So, for the object CIZA J2242 it was shown that the collision occurred at a speed of more than 2000 km / s.