Carbon-rich exoplanets may be made of diamonds 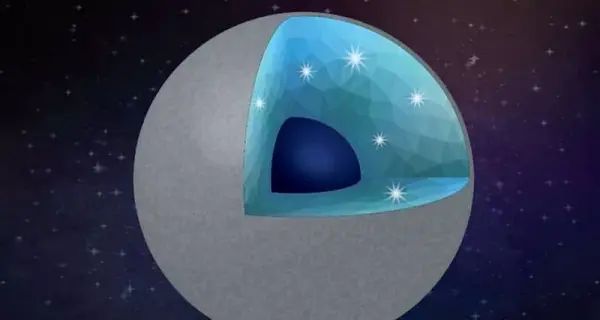 Thanks to state-of-the-art telescopes and spacecraft, scientists can build realistic theories about how the planets of our universe were formed. In a new study, the authors argue that some carbon-rich exoplanets could be … huge diamonds!

In a paper published in the journal Planetary Science, lead author Harrison Allen-Sutter notes that “these exoplanets are unlike anything else in our solar system.”

When stars and planets form, they do so from the same cloud of gas, so they have a “similar composition.” A star with a lower carbon-to-oxygen ratio will have Earth-like planets composed of silicates and oxides with very low diamond content (the diamond content on Earth is about 0.001%). But exoplanets around stars with a higher carbon-to-oxygen ratio than our Sun are likely to be rich in carbon. Scientists have hypothesized that these carbon-rich exoplanets may also be rich in diamonds and silica if water is present on them.

To test this hypothesis, the research team carried out an experiment simulating the chemical origin of these carbonaceous exoplanets using high temperatures and pressures. The results of work in the laboratory showed that at high temperature and pressure, silicon carbide reacted with water and turned into diamonds and silica.

Most scientific work now focuses on planetary habitability, so researchers comment on their work as follows: “Regardless of habitability, this [new work] is another step in helping us understand and characterize our ever-growing and improving observations of exoplanets. The more we learn, the better we can interpret new data from upcoming future missions. ”