“Cassini” burned in the atmosphere of Saturn 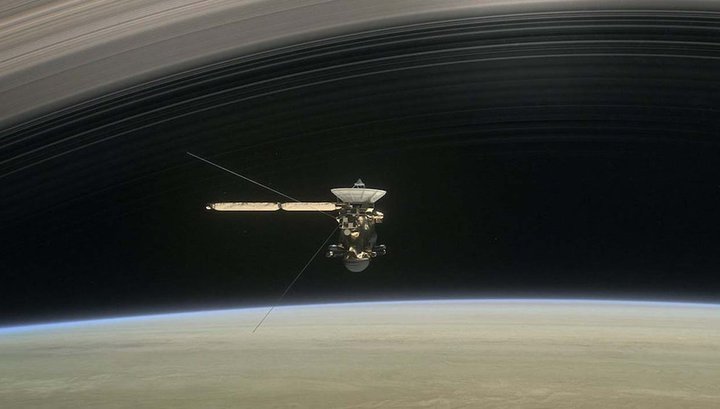 This was the first device, settled in the possessions of the “lord of the rings”. American “Voyagers” were there only through or, more correctly, a flight. Teasing the scientists with beautiful photos, they dashed off into space and for today have already left the solar system.

But the “Cassini” came seriously and for a long time. The joint creation of NASA, the European Space Agency (ESA) and the Italian Space Agency (ASI), he did not depend on solar panels – he was supplied with energy by the decay of radioactive isotopes. This is what enabled him to study the Saturn system for over thirteen years. Almost everything that we know about the planet and its companions, we know thanks to this mission. 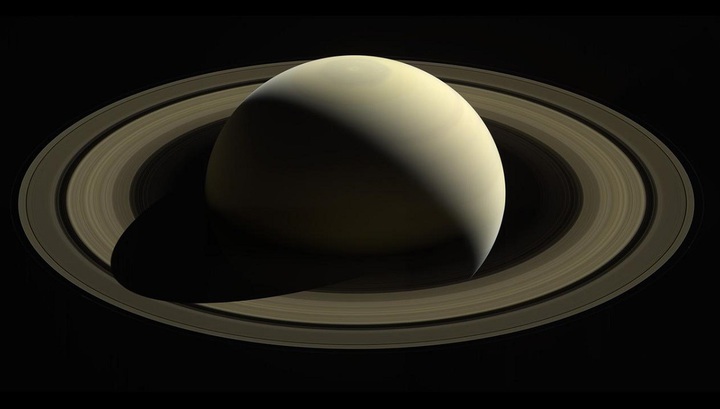 The main task of the device was to reset the probe “Huygens” to Saturn’s satellite Titan. The only satellite in the solar system, having its own atmosphere, has long intrigued astronomers. “Cassini” probe successfully dropped, but he himself approached Titan 127 times, not counting shots from a long distance.

The discoveries were overwhelming. Titan discovered seas, rivers, canyons, bays, rocks and coastal pebbles. True, the murmur of creeks and the sound of the surf there creates not water at all, but liquid hydrocarbons, mainly methane and ethane, and the rocks consist of ice. The thing is, it’s very cold on Titan. And yet it is the only body in the solar system, except for the Earth, on the surface of which there is a steady liquid.

However, the water ocean on Titan, as it turned out, is also there – under a thick ice crust. Moreover, the abundance of organic matter on this celestial body intrigues biologists: they believe that there are possible chemical processes similar to those that on Earth led to the emergence of life.

Found a water ocean and under the bark of Enceladus – another member of the big family of Saturn. Moreover, it turned out that geysers were beating out of this ocean into open space. Perturbations, which the giant’s gravity causes in the bowels of Enceladus, warm up the water and force it to erupt into space. There it freezes and replenishes the ring of ice with ice blocks.

Revealed the device and the mystery of the origin of Phoebe. It turned out that this tiny body comes from dark spaces beyond the orbit of Neptune. Once it was captured by the gravitation of a huge planet and has since become its companion.

It was Phoebe who was responsible for the two-facedness of Yapet, one hemisphere of which is dazzlingly white, and the other is charcoal black. This is her dark dust makes the ice melt on one half of the satellite.

And “Cassini” uncovered the secret of the thin lines that “Voyager” spotted on Dion: these are the canyons. In addition, he made unique pictures of the fine structure of the famous rings of the planet. And, although scientists continue to argue about their origin, much in this amazing creation of nature became clear thanks to the apparatus. 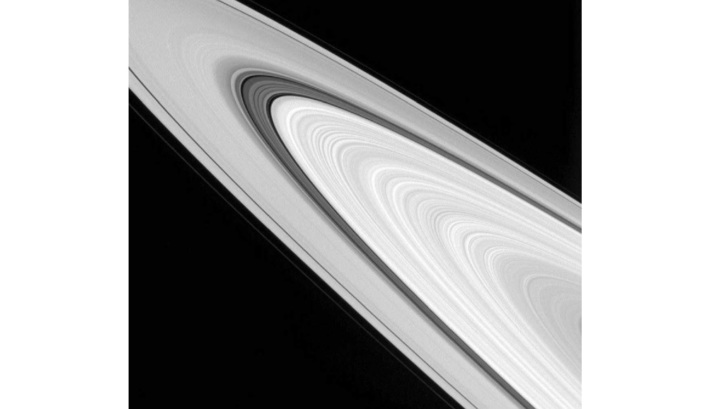 “Cassini” spent half the local year in the Saturn system and could personally observe seasonal changes in the atmosphere of the planet, in its rings and satellites. However, there is no way to list all the discoveries made by the probe. We mention only a few of those that we wrote about earlier: measurement of the mass of ring B, flooded canyons of Titan, interstellar dust in the vicinity of Saturn and many others. For the years of its work the device has transferred to the Earth several hundreds of gigabytes of data, including more than 450 thousand photographs. Given that the design of the device began in 1982, the figures are more than impressive. Based on the information received from Cassini, the researchers have already written about four thousand scientific articles.

The scientists realized that it’s time to finish the mission, when the apparatus almost exhausted the reserves of rocket fuel. It allows the probe to change the trajectory, maneuver, to approach the satellites and rings.

It would be possible to produce fuel to the last drop and leave the “Cassini” an artificial satellite of Saturn, continuing to collect useful information. But in this case it was impossible to exclude that the device will someday fall on Titan – after all this is a fairly large heavenly body. And on Titan, according to experts, life can exist now or be born sometime in the future.

Meanwhile, some terrestrial microbes are known for their ability to endure “hibernating” the most extreme conditions. Nobody could guarantee that there were no such microorganisms on the “Cassini”. And scientists decided not to pollute the present or future biosphere of Titan with guests from Earth.

Therefore, for the apparatus, another end to his odyssey was chosen. In April 2017, a series of risky maneuvers “Grand Final” – 22 passes between the planet and its rings.

Needless to say, this has not happened in the history of space exploration. These farewell pirouettes gave us unique images of Saturn, made from a record short distance. The distance to the cloud layer ranged from 4000 to 1600 kilometers, in the last five “jumps” the device even went into the outer layers of the atmosphere.

September 14, 2017 “Cassini” lay down on the last course. September 15, around 15:00 Moscow time, he burnt in the dense layers of the atmosphere of Saturn. But even in this farewell dive, he, as long as he could, continued to gather information, making up ultra-detailed magnetic and gravitational maps. Radio waves with this data take more than 60 minutes to reach the Earth.

“I worked until the last hour.” So they say not only about people, but also about space vehicles.