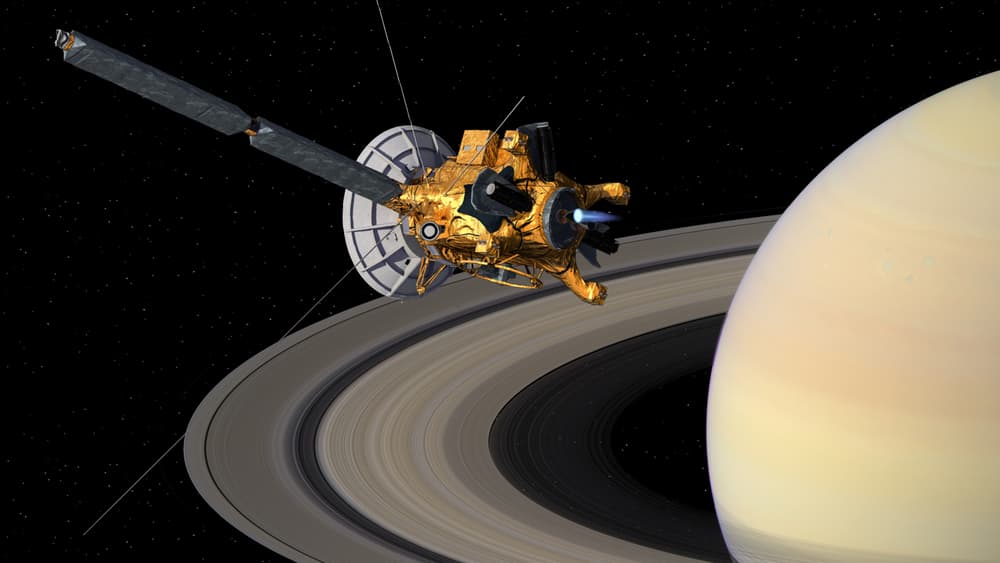 Half of 19 years of space flights the office of NASA and ESA Cassini has to finish the mission, spend the last fuel for maneuvers around Saturn and burn down in his atmosphere.

Cassini” has made and has sent to Earth of 300 000 pictures of Saturn and celestial bodies around him and has opened seven satellites, has made out huge geysers of Enceladus and the restless atmosphere of Saturn and has found proofs that on the biggest satellite — the Titan — there are huge metane lakes.

The first seven years after start have left on a travel to the planet, the sixth from the Sun. Then long 12 years of spinning around Saturn and its satellites have followed. Immersion to Saturn is planned for September 15, 2017. During rapprochement with the planet the device will have to continue to measure her magnetic field by means of the sensitive magnetometer. The scientists developing the tool doubt that it will be able long to work in the atmosphere of Saturn: “He isn’t created for work in such conditions”, the head of group of developers of the magnetometer Michel Doherty admits Guardian interview.

The Taym magazine has already made Death “the person of year” — 2016, having noted that this calendar year death of many famous people has had. But in 2016 the mankind said goodbye not only to people, but also to spacecrafts: we observed falling of “Rosette” on Churyumov-Gerasimenko’s comet, accident and the crash of the Martian Skiaparelli module. Forever there was in an orbit of Ceres a Dawn spacecraft.