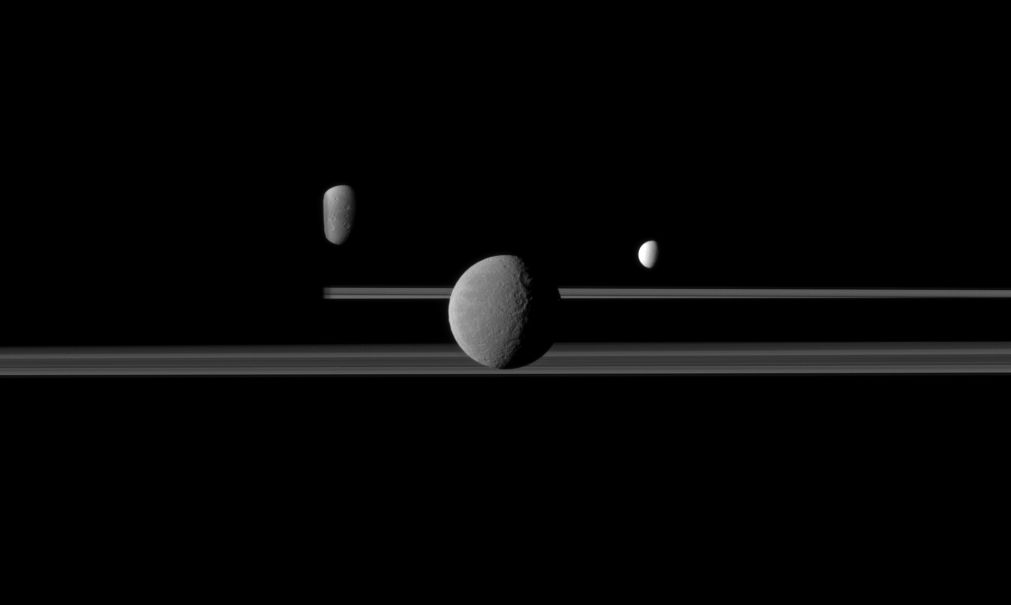 The scientific research of the Cassini spacecraft helped to study in more detail the most interesting natural satellites of Saturn.

Literally one week will separate the automatic interplanetary station of Cassini before its final dramatic immersion in the atmosphere of Saturn, which will entail not only the completion of the mission, but also the death of the spacecraft.

Thanks to the mission of Cassini, scientists were able to gather quite a lot of information about the mysterious ice satellites of the second largest gas giant in our Solar System.

In the opinion of planetologists and space biologists, the ice satellites of planets are among the most suitable targets for searching for microbial life outside the Earth.
Ice Moons are probably our best shot in finding germs. They have a source of heat, namely tidal interactions with the parent planet, in this case Saturn.
Cassini’s observations from orbit showed us the presence of geysers, lakes and oceans, as well as signs of other liquids on the surface and deep in the depths of these moons.

During his mission, Cassini discovered more than 101 geysers on the surface of Enceladus, a change in seasons and carbon lakes on Titan, a subtle atmosphere of a mixture of oxygen and carbon dioxide on the Rhea, mysterious red arcs on Tethys and much more that would become available to the general public in the analysis process archive mission data.