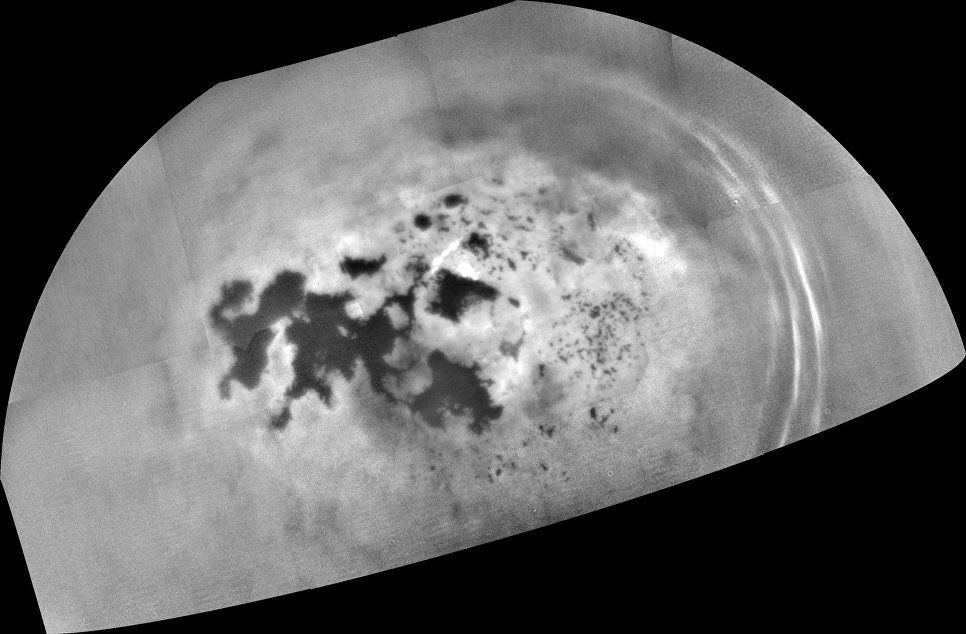 In February of this year, NASA Laboratory presented the latest photographs of the seas of Titan, a satellite of Saturn. In these photographs, made by the Cassini probe in the hydrocarbon seas, a distinct formation of “bubble fountains” from nitrogen was observed. NASA specialist Michael Malaska described this phenomenon on Titan, as if his seas and lakes, depending on their temperature, “inhale” and “exhale” nitrogen, because scientists have calculated how well it dissolves in their hydrocarbons and the appearance of such Bubbles in the reservoirs of Titan is not surprising.

In addition to the Earth, from the solar system, Titan is the only known celestial body that has water bodies on its surface. During the 12-year stay in Saturn’s orbit, the Cassini probe and the Huygens downhill module, many seas, rivers and lakes were found on the planet Titan, and some of them even periodically appeared and disappeared strange islands.

The largest sea in Titan is still “Ligeia” – hydrocarbon marshy banks, an exotic bottom of mucous nitrogenous compounds and instead of water completely consisting of methane. Until recently, scientists generally did not know the exact chemical composition of these titanium suspected hydrocarbon reservoirs. Therefore, “Ligeia” was the first carefully studied radar “Cassini”, the sea on the planet.

Remember above mentioned some mysterious islands on the reservoirs? As it turned out, from the last data collected by the probe in February of this year, this strange “insular” feature formed a highly varied from place to place fraction of methane and ethane gas and some other substances. As a result, the fact that NASA planetologists used to be considered dry land was a huge “bubble fountain” from the sea depth, formed due to mixing methane and ethane in the form of rainfall or melting of ethane ice on the sea floor.

In the course of laboratory physical experiments, it was found out that under such conditions, nitrogen immediately ceases to dissolve in this methane-ethane mixture, as a result of which it tends to leave the liquid in the form of gas bubbles. For example, houses can also be observed during the heating of ordinary water, as it at one point becomes whitish due to the formation of gas bubbles.

Therefore, due to the presence on Titan of weather conditions in the form of rains and temperature changes, such bubble “eruptions” resembling dry land will constantly occur in its reservoirs. Why was it necessary to know? If during the landing of the probe on the surface of Titan, the work of its engines warms up the thickness of such a “sushi,” then the nitrogen accumulated in methane waters will be swiftly thrown outward as a powerful gas jet and destroy the space module. The creation of ways to protect against such emissions is the main task of all subsequent expeditions to Titan.