“Cassini” is preparing for the last rapprochement with Titan 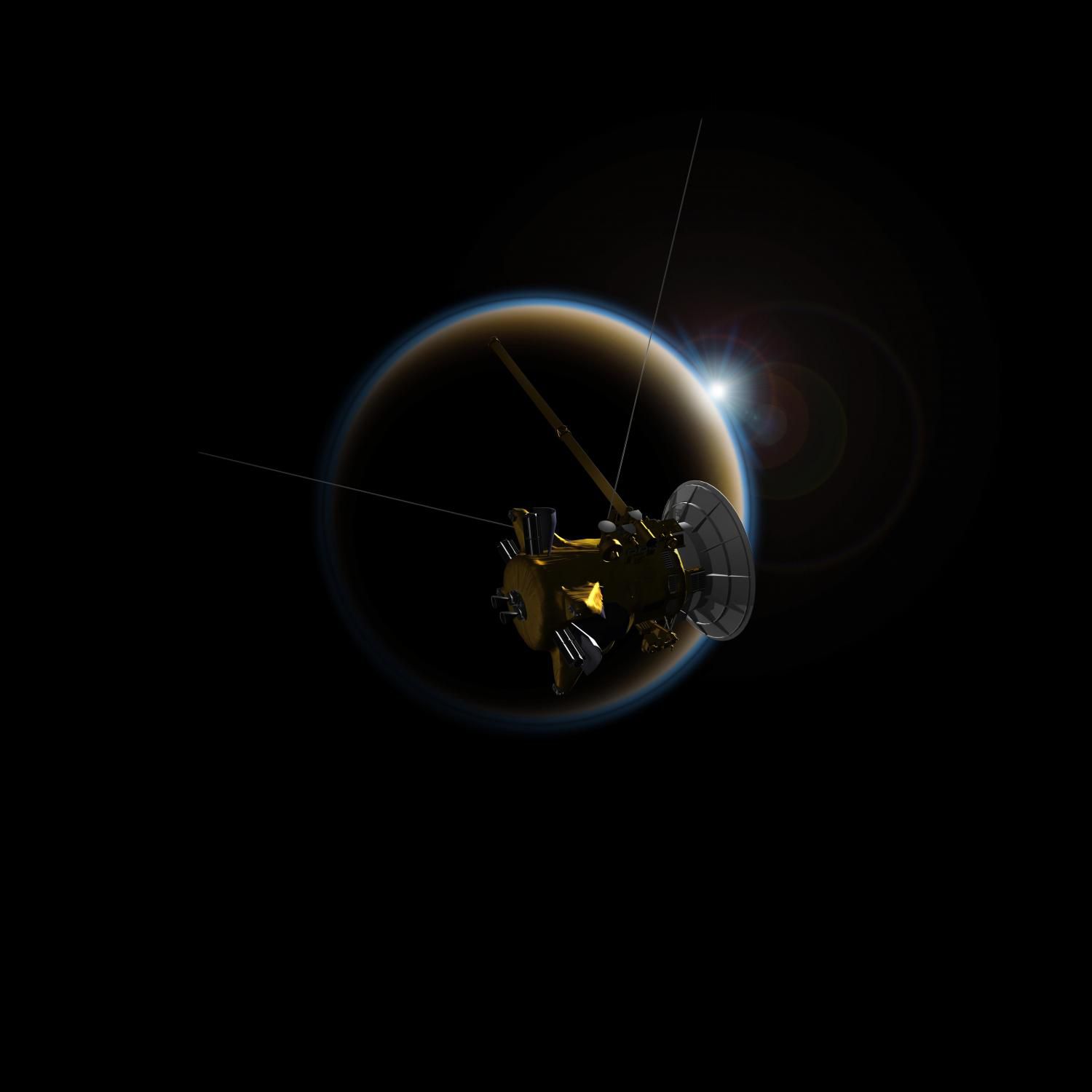 NASA’s Cassini spacecraft will make its last trip alongside the cloud-shrouded satellite of Saturn Titan on this weekend. This overflight will be the last opportunity within the mission to observe from close range the lakes and seas from liquid hydrocarbons scattered around the north pole of Titan, and also give the last chance to use the powerful radar of this spacecraft to observe through the atmospheric haze of Titan and get detailed photographs of its surface.

The maximum rapprochement with Titan is scheduled for 18:08 GMT today (April 21). During the rapprochement, “Cassini” will pass at an altitude of only 979 kilometers above the surface of Titan, moving at a speed of about 21,000 kilometers per hour.

This span will also be the starting point for the final phase of the Cassini mission, called the Grand Finale, in which 22 orbits are planned to orbit between Saturn and its rings, after which the unit will plunge into the atmosphere of Saturn on September 15, which will be the final chord This legendary mission. With today’s passage past Titan, the gravity of this largest satellite of Saturn will distort the shape of the orbit of the device, slightly squeezing it, as a result of which all subsequent orbits of the Cassini will lie no longer outside the rings of the planet, as before, but inside them.

This span will be the 127th on the account of “targeted” rapprochement (targeted encounter) “Cassini” with Titan. Aiming is called such approach of a space vehicle to a celestial body, in which its thrusters are used to correct the trajectory of a spacecraft.