Cassini photographed the dawn on Saturn 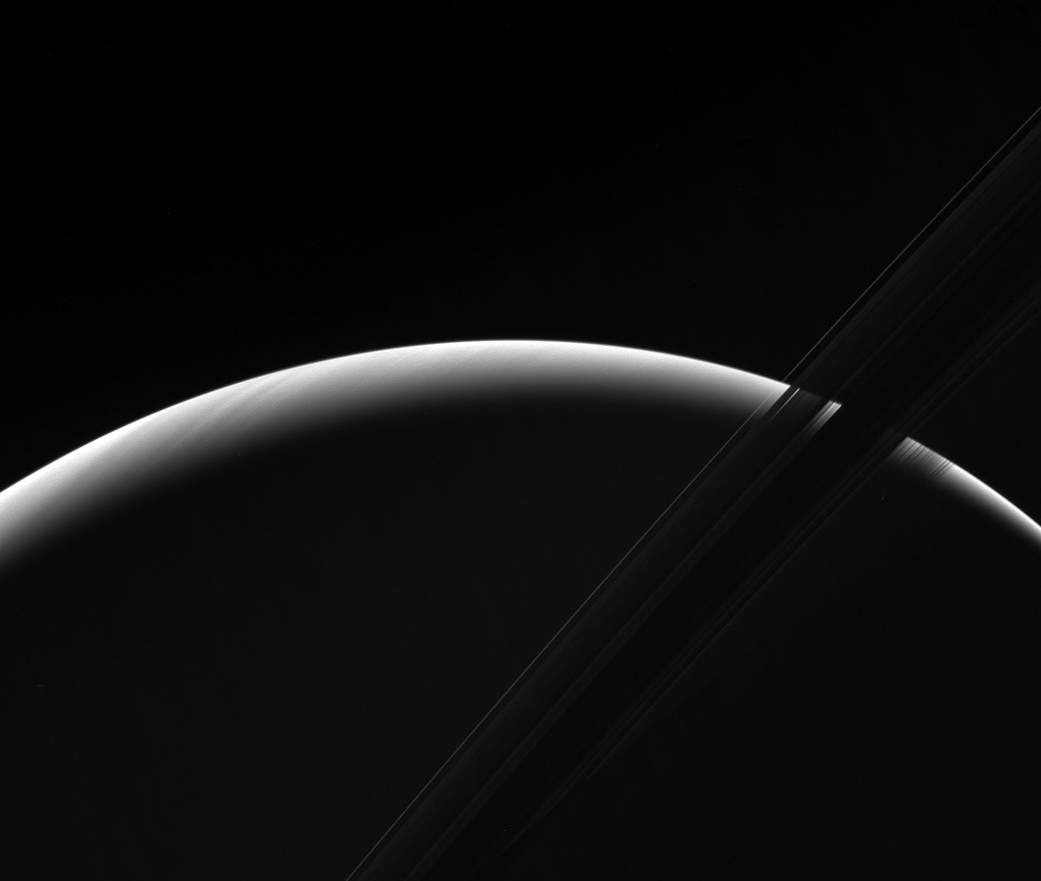 The space probe Cassini cameras photographed the dawn on the gas giant Saturn.
The image below shows Saturn, illuminated by the rays of the Sun.

Interestingly, the intensity of the Sunlight that the Earth receives is approximately 100 times higher than that obtained by the gas giant, as Saturn is much farther from our Sunlight than the Earth.

The image was taken by a wide-angle camera of the Cassini automatic interplanetary station on February 25, 2017, using a spectral filter that transmits near infrared wavelengths at a level of 939 nanometers.

The photo was from a distance of 1.23 million kilometers from Saturn. The scale of the image is 73 kilometers per pixel.