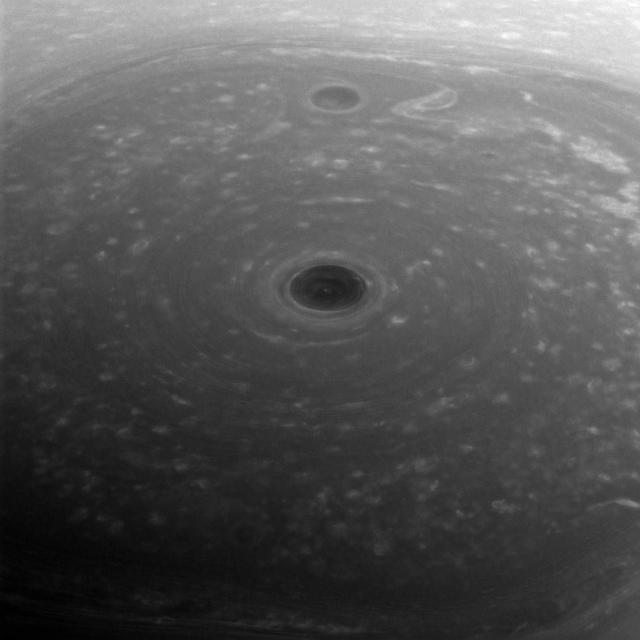 The device Cassini received a detailed image of the north pole of Saturn. The picture was taken on April 26, 2017. The photo was taken before the final journey of the device, which at the end of its journey will fly between the planet and its rings.

Saturn’s North Pole Cassini photographed from a distance of 267 thousand km. The resolution of the image was 16 km per pixel.

The photograph was obtained using a wide-angle camera of the apparatus using a spectral filter that transmits near infrared waves.

Cassini will complete its mission on September 15, sending unique data on the upper atmosphere of the planet. After losing contact with the Earth, it will burn in the atmosphere of Saturn.