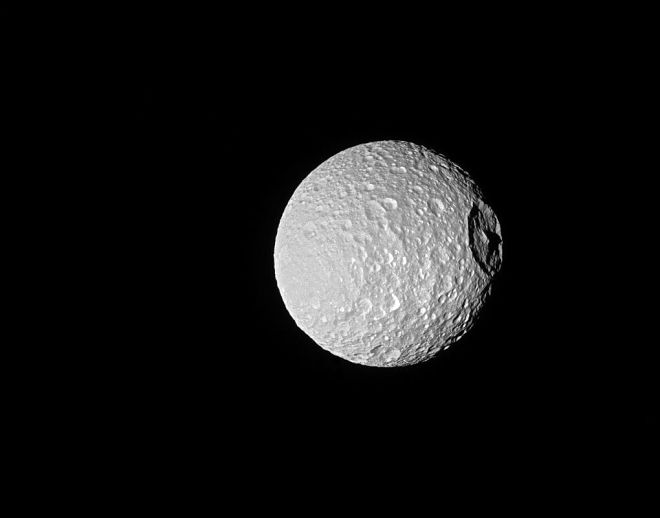 Cassini made another epic shot. Mimas is a moon of Saturn, is covered in ice craters. Its diameter is about 400 kilometers.

The large crater Herschel, its width reaches up to 140 kilometers, which is almost a third the diameter of Mimas itself. At a certain angle it creates a very awesome view of Herschel, he was particularly fond fans of “Star wars” and the battle station “death Star”. Actually, any celestial body slightly more than what created the crater on a small moon capable of destroying Mimas completely.

In the picture Cassini made in October 2016, depicted as the crater offset to the edge, is bathed in sunlight during the synchronous rotation of the satellite around its planet.

A long shadow that can be seen along the day in the crater is a Central peak of Herschel, which in height can compete with the earth’s Everest.