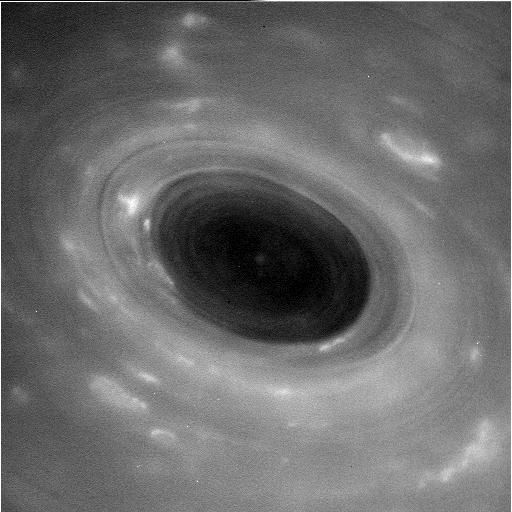 NASA published new images of Saturn made during its closest rapprochement with the planet on April 26, when the spacecraft flew between Saturn and its rings. The images clearly show cloud-like formations in the atmosphere of the planet.

Cassini was at a distance of about 3 thousand km from the upper layers of Saturn, where the pressure is 1 bar, which is comparable to the pressure on the Earth at sea level. From the closest to the planet, the probe separated 300 km. 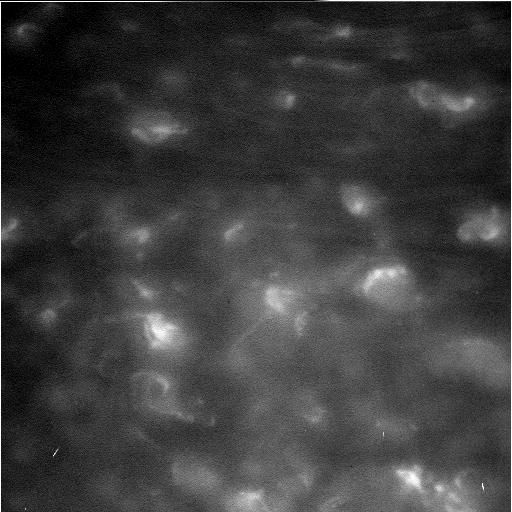 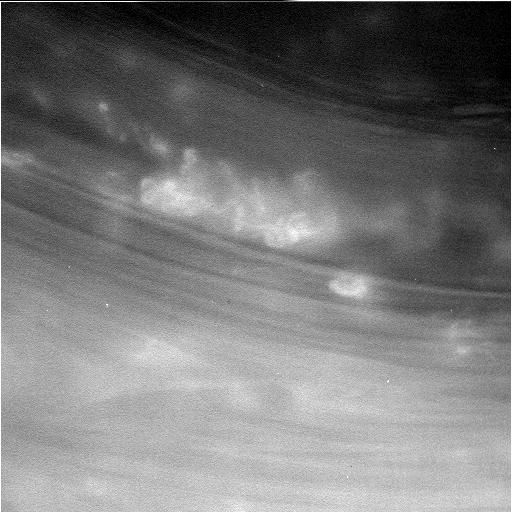 NASA experts said that Cassini successfully passed through the space between the rings and Saturn. According to the assumptions of scientists, in this zone there may be particles from the rings of Saturn, they are most likely to be the tiny size of a particle of smoke. The spacecraft flew through this region at a speed of about 124,000 km / h, so even small particles trapped in the vital parts of Cassini could disable it.

The next flight of the device between Saturn and its rings is scheduled for May 2.