“Cassini” until the last second passed data on Saturn 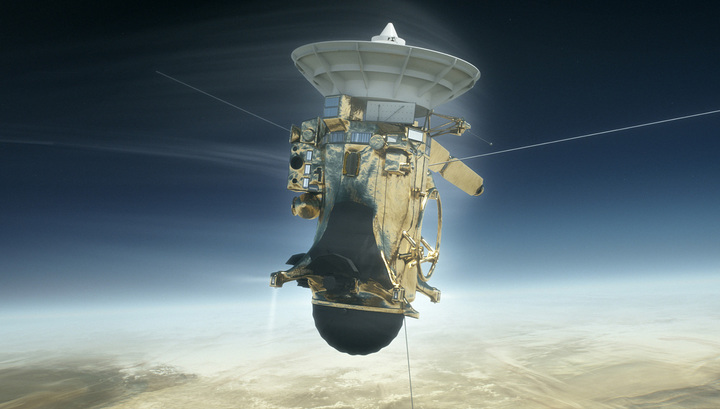 In the last seconds of its existence, the automatic interplanetary station Cassini transmitted data about the atmosphere of Saturn. The station touched the upper atmosphere of the giant planet. “So we opened a new page in the study of Saturn,” said Michael Watkins, director of the Jet Propulsion Laboratory at NASA.

The station has crossed 7 billion 900 million kilometers since October 1997. The station delivered a 320-kilogram descent module to Saturn’s satellite – Titan. Titan is the only satellite of the planet in the solar system, which has its own atmosphere, under the cover of which life can exist. The probe made about 127 revolutions around Titan, discovering on it the seas, rivers, canyons, bays, rocks and coastal pebbles.

“Terminating the existence of Cassini in the atmosphere of Saturn is not the end, but a new beginning and a guarantee that we will return to exploring this planet in the future,” Watkins said.
The station entered the atmosphere of the planet in exact accordance with the calculations, added the head of the Cassini flight program Earl Meis.

Station Cassini made 294 turns around Saturn, the probe 162 times approached Saturn’s satellites. 635 gigabytes of scientific information were transferred to the Earth, 453 48 photographs. The space probe-scout discovered six previously unknown satellites of Saturn. All the information transmitted to the Earth served as the basis for the publication of 3 thousand 948 scientific works.

I was hoping that the last transmission would have been, “Will I dream?”