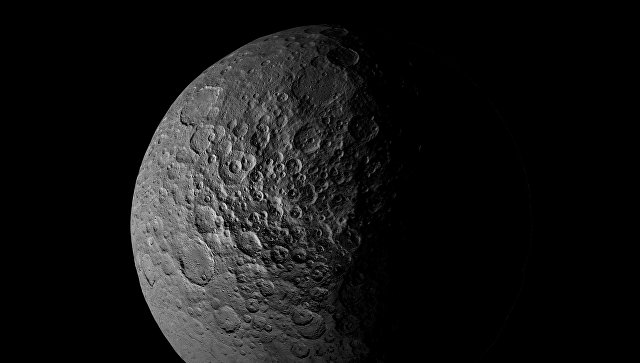 Scientists, planetologists from France, Italy, Germany and the United States have determined that the outer shell of Ceres is formed from a mixture of water ice and silicates.

The thickness of the silicate-ice layer experts estimated at several kilometers. The largest amount of frozen water, according to researchers, is concentrated at the poles of a dwarf planet.

The presence of water ice in the upper layers of Ceres, in fact a huge carbon meteorite from the chemical point of view, means that large reserves of water can be found in the depths of large asteroids located between the orbits of Mars and Jupiter.