Charon had in the antiquity the subsurface ocean 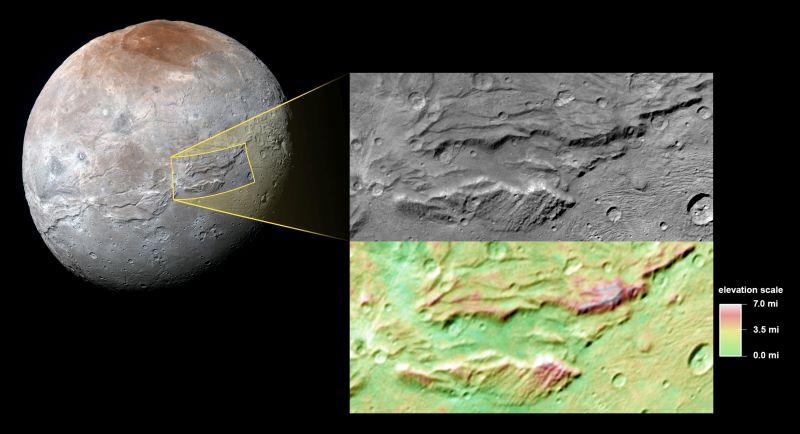 A scientific study in which a hypothesis about the ancient subterranean ocean appeared on the largest satellite of Pluto was based on an analysis of data from the automatic interplanetary station Novye Horizonti.

Scientists are sure that in the distant past, Charon was geologically active, it was characterized by plate tectonics, as well as the liquid ocean that was under its surface.

Charon and four other small moons of Pluto were presumably formed during a gigantic collision that occurred four billion years ago when a large Kuiper belt object collided with proto-Pluto. This phenomenon can be compared to the formation of the Moon, when an object the size of Mars crashed into proto-Earth.

Today it is proved that Pluto remains a geologically active celestial body, while its largest satellite, Charon, is already geologically dead. However, a new study provides clear evidence of its past geological and tectonic activity. This activity led to an increase in the satellite’s surface, and also to the formation of a potential liquid ocean.