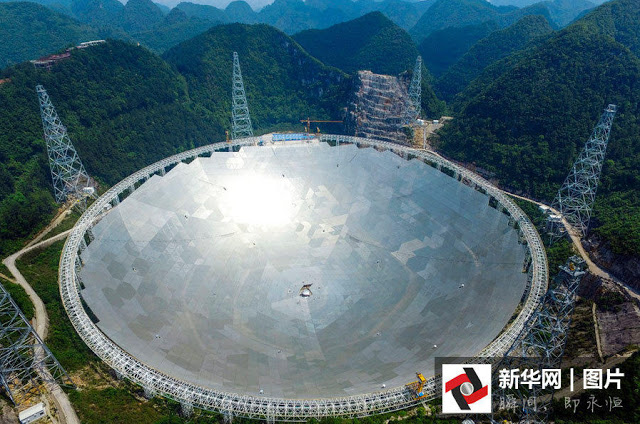 In southwest China completed the construction of the world’s largest radio telescope with a spherical reflector with a diameter of 500m (previously the largest was the American in Puerto Rico – 300m, our RATAN-600 has a different design).

It is believed that with the help of it astronomers will be able to “see” into space three times farther than before.

The telescope will serve a special supercomputer “Skay ay-1” performance “significantly more” of 1,000 teraflops (available now from the Japanese “Aterf”, considered the fastest in the world). At its creation took about half a billion dollars – how much is the whole complex of telesope not reported.