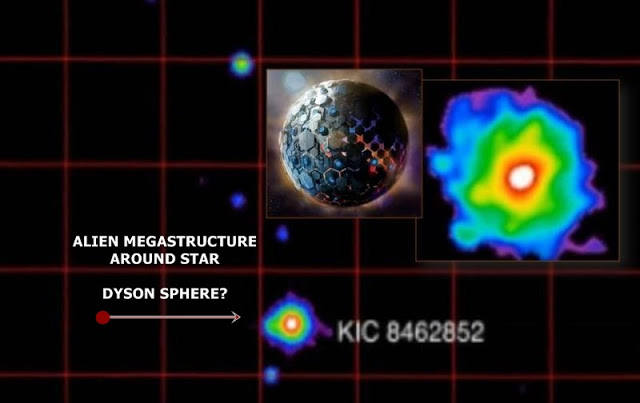 The largest radio telescope in the world, the Chinese FAST radio Observatory, will study a very unusual star KIC 8462852 in the constellation of Cygnus, whose unusual dimming and blinking may indicate the presence in its vicinity evolved civilization of aliens.

Accession telescope FAST to our quest for the fantastic enhances our capabilities and allows us to probe every corner of this star system for the presence of alien radiosignals. We are very pleased that we can work with colleagues in China, so how FAST is the most sensitive telescope in the world in its range, said Andrew Simion (Andrew Siemion), Deputy Director, Breakthrough Listen.

In mid-October 2015, astronomers from Yale University spoke about unusual fluctuations in the brightness of the star KIC 8462852 in the constellation of Cygnus, the strength of the glow which had twice been reduced by almost a quarter over the past seven years. These blinking for the first time pointed to the possibility of the presence in its vicinity of the so-called Dyson sphere, trap the energy of the stars created evolved civilization of aliens.

Initially, scientists assumed that such a blinking star could be caused by a swarm of comets closed it the light from observers on Earth, but in January 2016 the American astronomer Bradley Schaefer found that the brightness of KIC 8462852 inexplicably fell by 0.16 magnitudes over the last century that questioned this theory. Subsequently, scientists working with the Kepler telescope, confirmed that the brightness of the star drops.

The discoverer of this star, Tabetha, Baijian (Tabetha Boyjian), and a number of scientists from the University of California at Berkeley, announced in late October on early observations of this star in the framework of the project a Breakthrough Listen, launched last year Stephen Hawking and Yuri Milner to search for intelligent life outside the Solar system.

In addition to FAST, these observations also involve other major radio telescope Observatory in green banks, one of the most sensitive radiotrack in the world, which, for example, and uses Russian ground-space interferometer RadioAstron ground as half of a giant virtual telescope the size of the Earth.

According to Jin Joo (Jin Zhu), Director of the Beijing planetarium, FAST to start monitoring star of the aliens before the full completion of its construction and acquisition of the ability to change the configuration, but in the next two years it may be impossible because of the extremely dense observing programmes devoted to serious scientific research.

An additional problem is that the Chinese astronomers do not believe that humanity will be able to correctly interpret the artificial signals that FAST in theory can obtain from the system KIC 8462852, to prove that they really were spawned by aliens and decipher them. Nevertheless, scientists hope that the leadership of the FAST will provide them with a minimal amount of observing time in the near future.