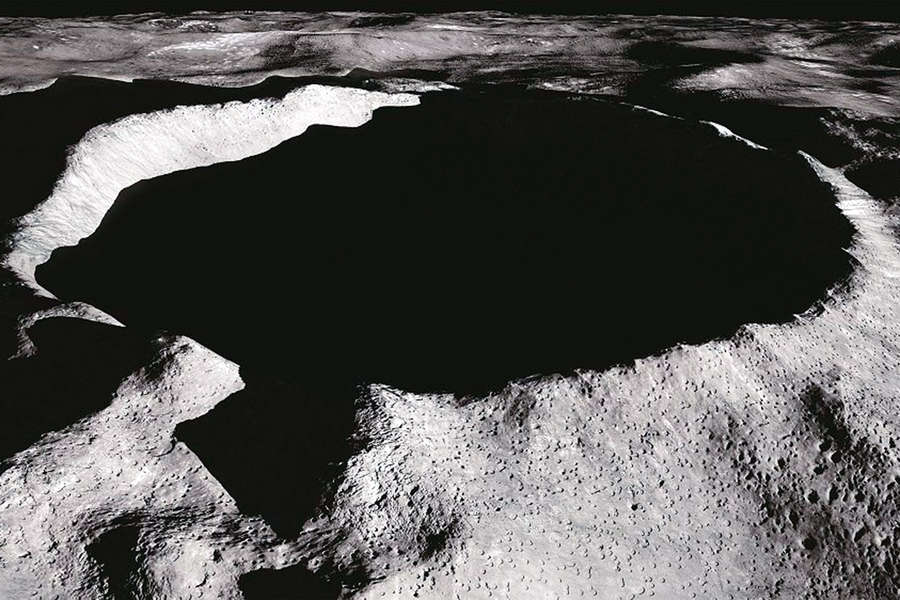 China plans to explore permanently shadowed areas near the Moon’s South Pole and send a spacecraft there to do so. An article about this was published in the Journal of Deep Space Exploration.

There is no change of seasons on the Moon, and therefore, in the region of the poles, the Sun never rises to a significant height from the horizon. Because of this, on the Moon there are both peaks of eternal light, where eternal day reigns, and craters of eternal darkness, over which the Sun never rises. These craters are of interest to scientists due to the fact that volatile compounds, including water, can accumulate in them for a long time.

Researchers from Fudan University have published an article on choosing a landing site on the moon. It follows that the Chinese mission “Chang’e-7” will try to land at the South Pole in an illuminated area next to a permanently shaded crater. This will allow us to explore the crater for chemical compounds useful in the future development of the earth’s satellite.

The Chang’e-7 mission, which is expected to launch in 2024 or 2025, will consist of several spacecraft, including an orbiter, relay satellite, lander, rover and “flying mini-detector”. Searching for water ice in a permanently shaded area is marked as the main objective of the mission, which is what the mini-detector is for. The main candidate for its role seems to be the HexaMRL, a six-legged mobile lander developed by Shahai Jiao Tong University. The spacecraft will be capable of multiple takeoffs and landings, locomotion on six legs, and sampling of lunar regolith.

As one of the potential landing sites, the authors of the work explored the areas of the Shackleton and Shoemaker craters. Data about them was taken from the American LRO orbiter.