China showed off its Rover 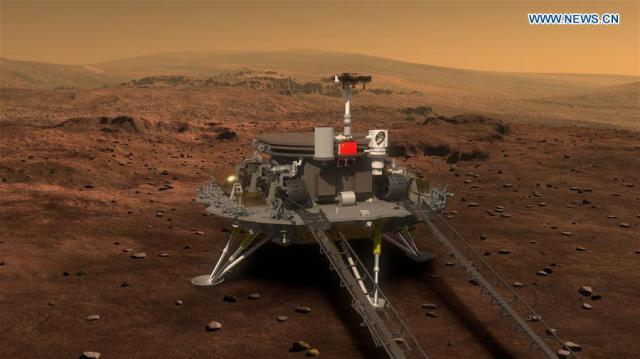 China submitted its first image of the Rover. It is expected that the device will land on the red planet in July or August 2020.

The Rover will be launched by the carrier rocket Long March-5 launch site in Wenchang Hainan island. After seven months, the Rover will separate from the probe and land on Mars in the low-latitude region in the Northern hemisphere.

Judging by the images, and the Rover will šestikolesnym. It will be equipped with four solar panels. Previously sent by China to the moon Lunokhod had two solar panels.

The machine will weigh about 200 kg. it is Planned that the Rover will work on the red planet for three Martian months.

The probe will have 13 scientific instruments, including camera and radar to study the surface.

The name of the mission will choose the contest that was announced during the presentation.