China unveiled plans to explore the solar system in the next twenty years, which, in addition to missions to the Moon and Mars, include flights to the near-Earth asteroid and Ganymede, the largest satellite of Jupiter.

In November 2017, the country plans to launch the mission of Chang’e-5. During it, China is going to deliver to the Earth up to two kilograms of lunar soil and rock samples. The launch vehicle from the Earth will consist of four parts – the orbital, landing, take-off and return modules. The key points of the mission are the drilling of the Moon’s surface and the sampling of mechanical samples by the hand, as well as soft landing and take-off. China samples from the satellite will first be sent to the orbiter and only then to the Earth. The USSR sent samples differently: directly from the Moon to Earth.

The landing site for Chang’e-5 – Ryumker peak within the Ocean of Storms, a relatively young volcanic site – was named during the Conference on Global Space Exploration, held in early June 2017 in Beijing. Chinese scientists hope to find out how the erosion processes in the region developed and how they are associated with the gradual cooling of the moon.

The mission is planned to launch on a heavy rocket Long March 5, the payload of which is second only to the American Delta IV Heavy. The media was launched only two times, the last start was unsuccessful. Chances are great that the Celestial Empire will solve the problems with Long March by the fall, and the mission of Chang’e-5 will be launched on time. In this case, it can become the first for the last 40-plus years, during which the moon will be delivered from the satellite to the planet.

Chang’e-5 missions were preceded by four lunar programs. The first two were orbiting, during the third Celestial made a soft landing on the satellite. As part of the experimental Chang’e 5-T1, the Chinese worked out key technologies for the fifth program. The launch of the mission Chang’e 4, including a landing gear and rover, is scheduled for 2018. 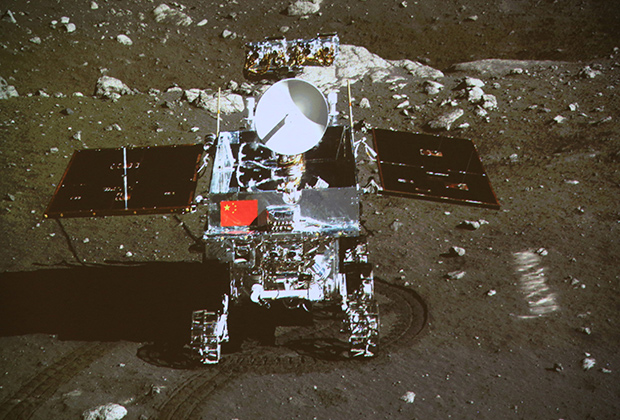 Nevertheless, it is the Chang’e-5 that should become China’s most complex lunar automatic mission. Its successful completion will mean the readiness of the Celestial Empire to manned the flight to Earth’s satellite. During the Conference on Global Space Exploration it became known that the Chinese mission to deliver a person to the moon will consist of a manned spacecraft, a tug and a lunar landing gear, the launch of which will provide two launch vehicles.

Scientist Paul Spoudis of the Lunar and Planetary Institute in Houston (USA) believes that the lunar program of China primarily pursues scientific rather than strategic tasks: China needs to be convinced of the ability to independently provide a presence in the near-moon space – as the US demonstrated earlier And the USSR.

The expert believes that China will be able to prepare for a manned mission to the moon in the next five years, whereas in the Middle Kingdom, exact terms are not called. After that, China’s plans cease to be clear – in particular, the country does not exclude cooperation with the EU on the construction of a joint near-moon station; Russia and the US could probably take part in the project.

In the intention of China is to finally gain a foothold in the near-Earth space. In the period from 2019 to 2022 the country plans to complete the construction of a national orbital station, which will consist of at least three modules. For the delivery of cargo to the station, it is planned to use three types of trucks – with a fully sealed compartment, partly hermetic and open type. This will allow delivering various cargoes into orbit, depending on the requirements for their storage and transportation. In the PRC, it is expected that after 2022 there will be constant taikonauts at the national orbital station, and until this time – only sporadically.

Most likely, China will build its station without partners. The PRC offered Russia cooperation, but our country does not like the conditions. “We exchange offers for participation in projects, but they have a different inclination of the orbit. So far, there are no specific agreements and plans, “Igor Komarov, head of the Roskosmos state corporation, said at Le Bourget-2017 (the angle of inclination of the ISS to the plane of the equator of the Earth is 51.6 degrees, as was the station Mir; At the Chinese station the angle will be 43 degrees).

The fixation in a near-earth orbit presupposes not only the creation of a national orbital station and the implementation of a manned program, but also the expansion of a fleet of missiles, including for commercial launches. The PRC decided to build its own “Sea Launch”. In China, also do not exclude the multiple use of the first stages of rockets – for this, in contrast to SpaceX, it is proposed to use a conservative method of rescue: using parachutes.

In 2020, China planned a mission to Mars, including a landing platform and a rover. After that, the country plans to explore a near-Earth asteroid (a specific celestial body has not yet been selected) using a robotic mission. About 2030, the Celestial Empire hopes to deliver from Mars to Earth samples of soil – the success of the mission depends on the creation of the PRC superheavy rocket. China’s plans are not limited to near-Earth space, the Moon, asteroids and Mars: until 2030, China intends to send a mission to Ganymede – the largest satellite of Jupiter and in the solar system.

Ganymede has an ocean hidden beneath the surface layer of ice. According to astrobiologists, such a structure of the satellite can support the conditions for the existence in its bowels of primitive forms of life. To study Ganymede is easier than Europe – another satellite of Jupiter, also having a subsurface ocean, primarily because of the relatively weak radiation in its vicinity. On the other hand, this is exactly what Ganymede can be interesting for, because it is one of the few celestial bodies of the solar system that has its own, like the Earth, and not the induced magnetosphere. Mission to the Moon, Mars and Ganymede have already been approved in the PRC. In addition, one more program is being coordinated: sending the probe to Uranus, which, if approved, will be carried out in 2030.

It’s no secret that most of the Chinese space technologies come from the USSR. The manned space program was actually copied from the Soviet one: the Shenzhou ships are similar to the “Union”, and the suits of the secretaries are to the Russian “Falcons”. Russia in the 1990s sold to China a package of Soviet space technologies and trained the first taikonauts, as a result of which the PRC created a more spacious ship compared to the Soyuz and saved on research and testing for many years and billions of dollars.

In the space field, China also cooperates with Ukraine. In particular, Russia’s western neighbor took part in the development of engines for Chinese rockets of the Long March family, whose power units are based on the oxygen-kerosene RD-120 produced at Yuzhmash, which is installed on the second stage of the Zenit. This is evidenced by WikiLeaks data, official Kiev does not confirm the information. Ukrainian Yuzhnoye and Yuzhmash do not confirm cooperation with the PRC on the lunar program – however, in the near future the official confirmation of the partnership, if it really takes place, as in the case of the RD-120, it is not worth waiting. 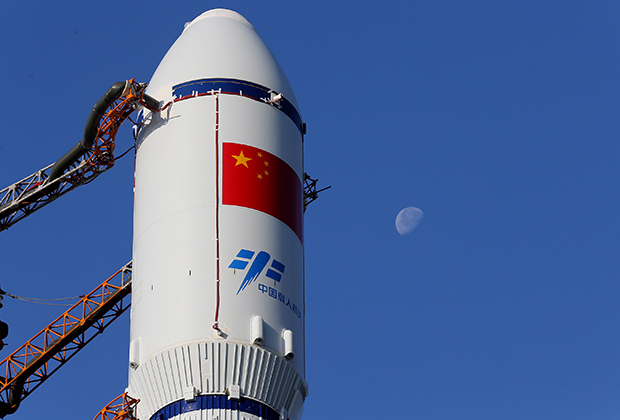 Cooperation between the US and China in the space industry is suspended, as Washington accuses Beijing of espionage. Formally, China has no right to participate in the ISS program. Nevertheless, as noted by the publication Space News, in 2017, PRC for the first time will conduct an experiment on the US segment of the ISS. Partner of Peking University (China) was the company NanoRacks, by order of which the station will monitor the development of anomalies of DNA, which is under the conditions of radiation and microgravity. American and Chinese scientists and businessmen have long been ready for cooperation in the space sphere, only political factors hinder.

Will the Celestial declared space program on time? Let’s remember 2011: then the PRC promised that in 2013 Mars will explore the orbital station, in 2020 the national navigation system BeiDou will be deployed, and in 2013 the mission Chang’e-3 will be launched. Today it can be argued that two out of three promises have been fulfilled, and the manned program has also been successfully implemented.

The delay in the Martian program and the success of manned projects can be explained by the effect of low start and active copying of Soviet technologies. The Martian program of the USSR was unsuccessful, therefore, when studying the Red Planet, the PRC will have to rely only on itself. In full measure, the PRC will not be able to take advantage of the Soviet experience in the lunar program either: our cosmonauts were not on Earth’s satellite. If the taikonaut is on the Moon in the next 10-15 years, we can assume that the planet has a second space superpower.