China will construct telescopes for detection of gravitational waves 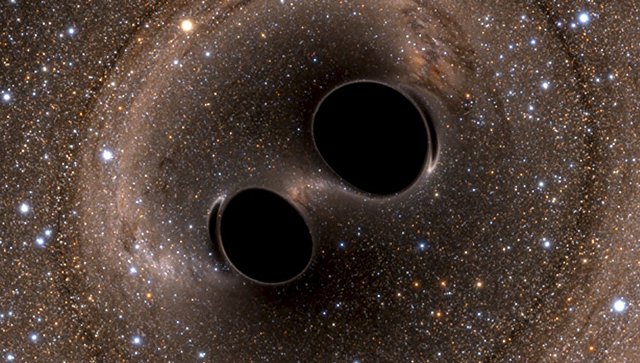 China plans to place in the Tibetan autonomous area telescopes for the purpose of studying of gravitational waves.

As transfers on Saturday the Xinhua agency with reference to the senior research associate of National astronomical observatory of China (NAOC) in case of the Chinese academy of Sciences Yao Yuntsyan, the construction of the first telescope under the name Ngari-1 was begun in 30 kilometers to the South from the settlement of Shiquanhe of the district Ngari. In total project includes two phases.

As Yao Yuntsyan specified, the telescope will be located at the height of 5250 meters above sea level. After commissioning which is planned for 2021 the telescope will observe and collect exact data on gravitational waves in the Northern hemisphere.

Also Chinese scientists plan to create in the future a series of the Ngari-2 telescopes within the second project implementation phase. These telescopes will be located at the height of 6 kilometers above sea level. However date of their construction isn’t reported. The budget of all project is estimated at 18,8 million US dollars.

At the end of February, 2016 it was reported that China intends to attract specialists to studying of gravitational waves, offering an annual wage of about 153 thousand US dollars.

About one of the main events in the history of science — detection of gravitational waves in 100 years after their existence was predicted by the creator of the theory of relativity Albert Einstein — the group of the American scientists in Washington declared earlier. Waves were fixed on September 14, 2015 by detectors of gravitational observatory of LIGO in states Louisiana and Washington.