China will send to the moon plants and insects 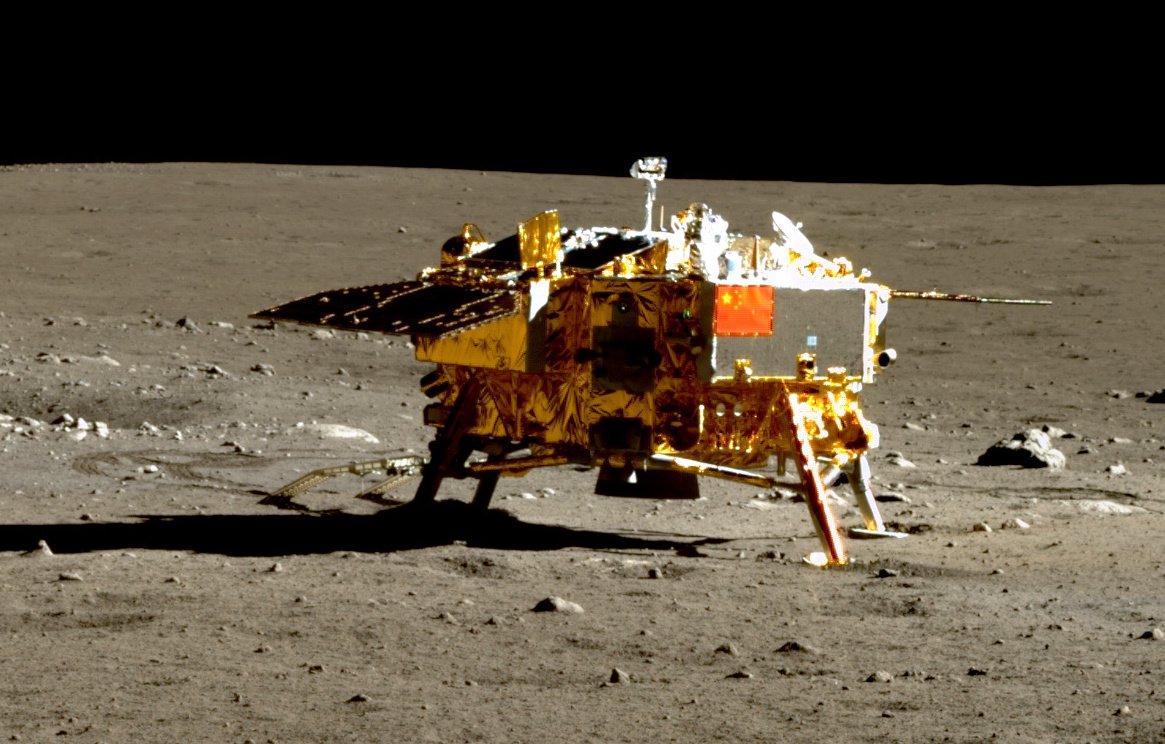 For many, the first landing of man on the moon marked the transition of mankind to a new era of space exploration, but this glory will go to the background after the next step in conquering outer space – landing on Mars. Nevertheless, in recent years, many space agencies have again flashed a desire to return to the already passed “giant leap for all of humanity.”

This year, as part of the Chinese lunar research program (CLEP), implemented by the Chinese National Space Administration (CNSA), the Chang’e-4 mission is planned. As part of the program, two orbital spacecraft were launched to the Moon, as well as one landing module with a lunar rover. Now the Chinese side has a desire to study the geological features of the natural satellite of the Earth and simultaneously explore the effects of lunar gravity on terrestrial insects and plants.

The beginning of the Chang’e-4 mission is scheduled for June this year. Within its framework, a landing gear consisting of a stationary lunar station and a lunar rover will be launched using the Long March 5 launch vehicle. Six months after the spacecraft reaches the desired orbit at the Lagrange point L2, a landing gear with a moon rover will be sent to the side of the Moon. The latter, in addition to scientific tools to study the characteristics of the lunar soil, will carry on its board a special container of aluminum alloy, inside which will contain plant seeds, as well as living insects.
“The container will contain seeds of potatoes, Arabidopsis, as well as silkworm eggs. Hatched silkworm caterpillars can produce carbon dioxide, while potatoes and seeds can produce oxygen for them through photosynthesis. As a result, we will be able to get a simple ecosystem, “said the main developer of the container, Qian Yanxun, in an interview with the local newspaper Chongqing Morning Post.

The mission adds to the fact that the spacecraft will be landed for the first time in an unexplored region on the far side of the Moon. This region is the South Pole Basin – Aitken – a huge impact crater in the southern hemisphere of the satellite. Its approximate diameter is 2500 kilometers at a depth of about 13 kilometers, which makes it one of the largest craters in the entire solar system.

For scientists, the crater is of interest not only in its size. In the past, astronomers have discovered that this region contains large reserves of water ice. Scientists explain its presence not only by the active “bombardment” of this region by meteorites and asteroids that could contain water, but also by the fact that this ice could be preserved there due to its constant exposure to sunlight. Without exposure to direct sunlight, water ice in this area was not subject to sublimation and chemical dissociation.

Since the late 1960s, a study of this region has been conducted in several missions, including Apollo 15/16/17, Lunar Reconnaissance Orbiter (LRO), and the Indian Chandrayaan-1. In the latter, which took place in 2008, the impact probe was also ejected, with the help of which particles of ground were lifted from the surface of the satellite into space, which were subsequently studied by the orbiter. Within the framework of this mission, the presence of water ice in the Aitken crater was confirmed. Later, the data was also confirmed by the NASA LRO spacecraft.

Thanks to this discovery, the South Pole Basin – Aitken became one of the most suitable places for the construction of the lunar base. Therefore, from this point of view, the Chang’e-4 mission will also be directed to clarifying this possibility. After all, in addition to a more detailed analysis of the local environment within the mission, scientists are planning to find out whether living organisms can be grown under lunar gravity.

At the moment, several space agencies are interested in the possibility of creating a lunar base. For example, ESA (European Space Agency) expressed the desire to build an International Lunar Village in the southern polar region of the satellite by the 2030s. The topic is not limited to desire alone. It is quite concrete steps the agency plans to implement in a couple of years. Within the framework of the joint mission of ESA and Russian Roscosmos, a mission is planned to deliver lunar soil samples to Earth. By 2020, the South Pole – Aitken Basin plans to ship a robotic probe that will take samples of ice. Based on the received data, the question of the expediency of building the base in this place will be considered further.

In the past, the US space agency NASA also discussed the idea of ​​building a base in the southern polar region of the Moon. In 2014, a group of engineers from NASA held a meeting with Harvard scientists and other participants. The main issue of discussion was the prospect of reducing the cost of building a lunar base. As a result, we came to the idea of ​​modeling the base on one of the American polar stations in Antarctica.

As for the Chang’e-4 mission, if everything goes as planned, then China will continue to launch robotic missions and within the next 15 years will attempt a manned mission to the moon. In addition, there are talks that China wants to build a radio telescope on a satellite. The installation will be deployed on the back of the satellite, where it will not be exposed to radio-waves coming from the Earth.