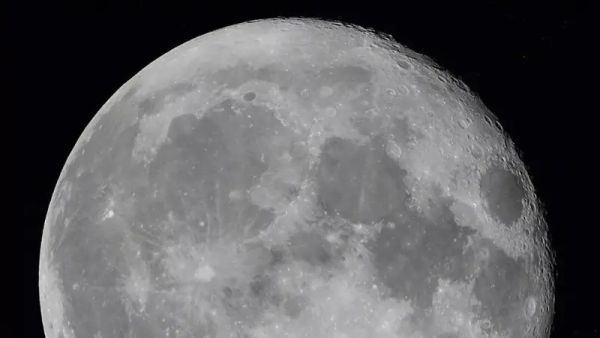 The landing module of the Chinese probe “Chang’e-5” on Monday successfully separated from the orbital block, then the right moment will be chosen to carry out a soft landing in a given area on the lunar surface to collect soil samples, according to a message from China’s lunar study program.

“The Chang’e-5 flight control team on November 30, in accordance with the plan, successfully separated the block of the landing and takeoff modules from the orbital module complex and the reentry vehicle,” the message says.

The RV orbiter will continue to fly in an orbit with an altitude of approximately 200 kilometers and await the subsequent docking.

The lander and take-off module will make a soft landing at a suitable time in a given area on the visible side of the Moon, after which work will begin on the automatic collection of lunar soil using a drilling device and a manipulator with a bucket installed on the descent apparatus. Samples of the collected soil will be loaded into a special container for the takeoff vehicle, which is to dock with the orbital module, after which the container with soil will be reloaded into the return vehicle.

On the morning of November 24, China launched the Chang’e-5 reentry vehicle, which is to land on the moon, collect samples of lunar soil and return with them to Earth. The mission is designed for 23 days. It is expected that the device will deliver about 2 kilograms of regolith to Earth. This is the first spacecraft in 44 years to be sent behind the lunar soil. If successful, China will become the third country after the USA and the USSR who was able to carry out such a mission.

The Chang’e-5 spacecraft with a total weight of 8.2 tons consists of an orbital module, a descent vehicle, a module for taking off from the lunar surface and a reentry module. The device is supposed to land at the Rumker Peak in the Ocean of Storms on the visible side of the Moon, collect regolith and return to Earth on December 16 or 17 in the region of Khoshun Sytszywan in the Inner Mongolia Autonomous Region. But before that, Chinese specialists must, for the first time in the history of space exploration of the PRC, conduct automatic soil sampling on another celestial body, take off from the lunar surface and dock two modules in lunar orbit.

The Chang’e-5 probe was originally planned to be launched at the end of November 2017, but due to the accident of the Changzheng-5 launch vehicle in July 2017, the mission had to be postponed. The mission was scheduled for the end of 2019, but it was again postponed.

China’s Chang’e lunar sounding program includes three stages: flyby around the Earth satellite (Chang’e-1 and Chang’e-2), landing on the moon (Chang’e-3 and Chang’e-4) and return from Moon to Earth (“Chang’e-5” and “Chang’e-6”). The Chang’e-7 mission involves a general study of the Moon’s South Pole, including a comprehensive sounding of the lunar relief. Chang’e-8, in addition to scientific research, is to conduct key tests of a number of technologies on the lunar surface.