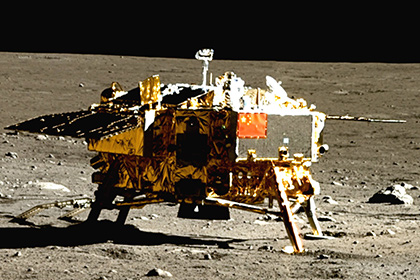 Last active Rover, located on the Earth’s satellite and owned by China, completed its work.

The state administration for defense science, technology and industry of China noted that on the surface of the Earth satellite, the lunar Rover Chang’e 3 had worked for about 31 months, whereas the planned service life was three months. The descent module of the Chang’e 3 mission still continues to work.

The mission of Chang’e 3, which includes the fixed station and Rover, landed in the crater of the Bay of Rainbows Sea of Rains on December 14, 2013. The Rover was able to drive about 114 meters and spend radar investigation of subsurface Earth satellite.

The Chinese lander was the first in the last 37 years made a soft landing on the surface of the satellite. After 14 earth days of Chinese Rover stopped moving, but continued to collect data on the satellite.

In 2017 China plans to launch to the moon a return device which will return to Earth samples of lunar soil. Prior to Chang’e 3 missions (1 and 2) were orbital. They allowed us to collect data to build detailed maps of the moon.