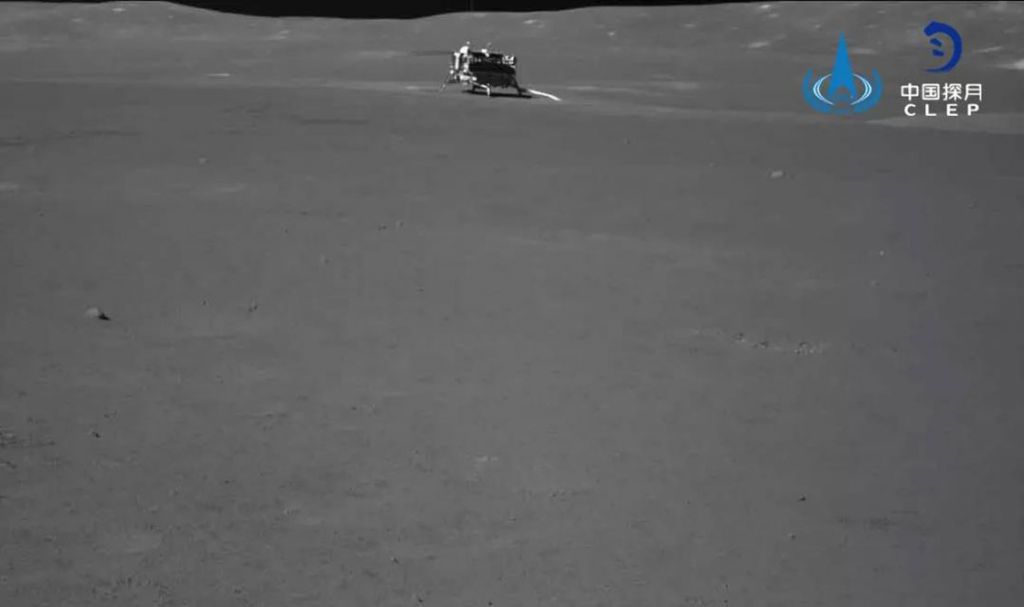 The Chinese Chang’e-4 mission currently carries out scientific operations on the far side of the moon for a full eight days, according to official Chinese media. In the meantime, these lander and rover sent new images to Earth.

This mission landed on the lunar surface in early January, becoming the first unmanned mission to ever operate on the surface of the back of a natural Earth satellite. Days and nights on the moon last approximately two earth weeks, with nights being extremely cold.

However, to date, both apparatuses of the Chang’e-4 mission, as can be seen, have been successfully operating under harsh conditions maintained on the surface of the far side of the moon. During the seventh working day of the mission, ending July 9, these two robots completed an extensive set of measurements using neutron detectors, radiation measuring instruments, infrared spectrometers, and radio devices.

These devices then went into “sleep mode” in order to survive a frosty moonlit night, after which they “woke up” again on July 26 and worked out another lunar day, which ended on August 7. According to information provided by scientists of the Chinese moon exploration program, by the end of the eighth day, the rover passed a total of 271 meters across the surface of the far side of the moon.

The period of the Moon’s revolution around its own axis coincides with the period of its rotation around the Earth – therefore the Moon is always turned to us on the same side. The reverse side of the moon is in many ways different from the near side, which we always see from the Earth, and scientists do not fully understand the nature of the observed differences. They hope that the data collected using the Chang’e-4 stationary apparatus and the Yutu-2 rover accompanying it will help to solve this riddle.