Chinese space station could fall at any moment 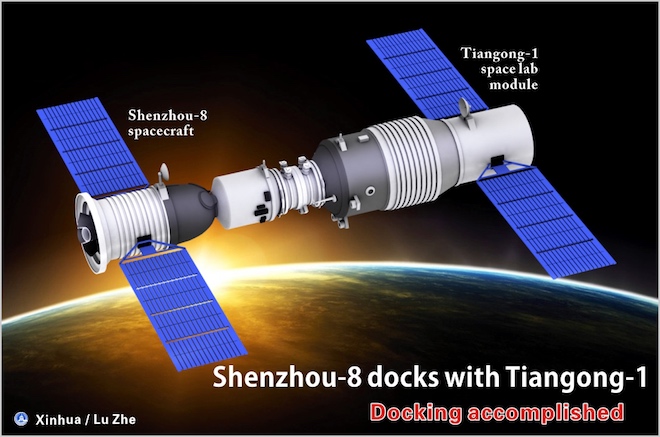 Chinese space station “Tiangong-1” is approaching the end of their life, according to some experts. The problem is that no one knows exactly where and when it will fall. “Tiangong-1 (“Divine Palace”, or “heavenly Palace” in Chinese) — the first space station launched by Beijing. The station has conducted a series of docking with the spacecraft “Shenzhou”, and since 2013 began for Earth observation. In 2014, the collection of data about our planet “Divine Palace” stopped.

Although Chinese officials have not confirmed that the space station days are numbered, experts predict the uncontrolled return of the “Tiangong-1” on the Ground.

According to Dean Cheng, a researcher from the Centre for Asian studies of the Heritage Foundation, the fact that the Chinese authorities are silent on the operation of the station may mean that the “Tiangong-1” is already in free fall.

Other experts, however, believe that the “Divine Palace” a long and happy life. “Much ADO about nothing, says Ti es Kelso from the Center for space standards and innovation, citing as argument the recent rise the height of the orbit Tiangong-1″. — Correction of the orbit of the station raised higher than ever before.”

Thomas Dorman, whose hobby is to observe the satellites, says that “Tiangong-1” may be in a controlled free fall: “I Assume that China is not returned to the station in the dense layers of the atmosphere, to have it run out of fuel and it naturally fell. Then the station burned and what remains will fall to the Ground.”

And yet, if the “Divine Palace” really floats through space without any control, the results can be catastrophic. “It would be bad if the pieces of the station will fall in a populated area …but there are chances that debris will land in the ocean or in an uninhabited area,” says Dorman.

Regardless of how the fate of the “Tiangong-1”, Beijing plans to launch in September, the station “Tiangong-2”.