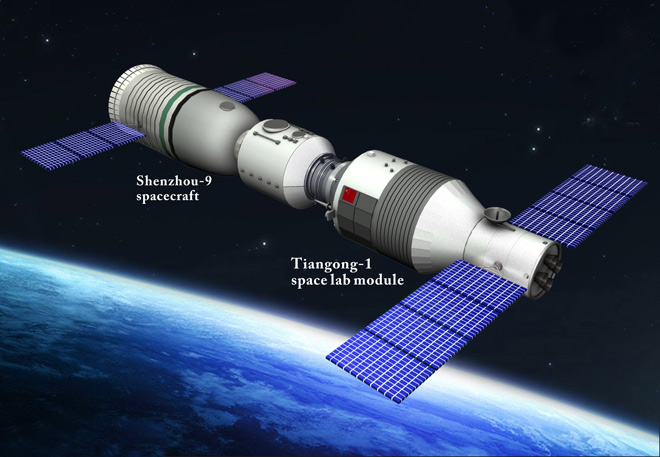 According to experts, the Chinese space station “Tiangun-1”, which was lost contact last year, may soon fall to Earth. “It is likely that she will face our planet in a few months – at the end of 2017 or early in 2018,” said astrophysicist Jonathan McDowell in an interview with The Guardian.

The first Chinese orbital station “Tiangun-1”, or in translation “Celestial Palace”, was launched in 2011 as part of the country’s ambitious plans to develop space and demonstrate itself as a global superpower. The Chinese space agency conducted with its use a number of missions, including those involving astronauts.

Last year, experts from the Chinese space agency CNSA said that the laboratory was out of control and is now heading to Earth. This news immediately aroused fears about the threat of falling debris for people.

It is unlikely that anyone will suffer a crash or see it, because, most likely, the laboratory will fall into the sea. But still it can happen and next to people. It is very difficult to predict where it will fall, as engineers lost control of the capsule and, as it falls, it will be dominated by the wind. Even a small weather impulse can send it from one continent to another.

According to McDowell, most of the debris will burn in the atmosphere, but fragments weighing up to 100 kg break through the shell and fall from the sky. Previously, space debris fell into the field of view of people, it was even reported that they received bodily injuries.