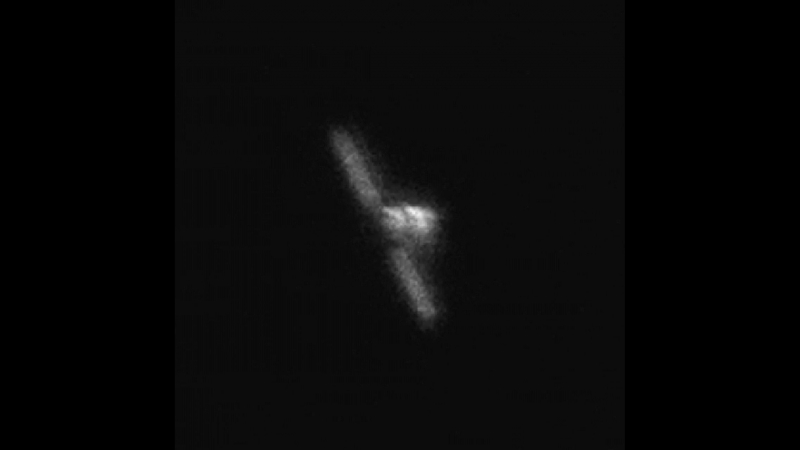 As of March 12, the perigee of the Chinese TianGong-1 orbital station has dropped to 230 km. According to the updated ESA forecast, the station will enter the dense layers of the atmosphere in the interval between March 29 and April 9. Unfortunately, even now specialists can not name a more accurate date. For the term of “TianGong-1”, many factors can affect, from the position of its solar panels and ending with the activity of the Sun.

Moreover, even a day before the event, it will not be so easy to name the area of ​​the station’s fall. A 10-minute error in the calculation of time will lead to the fact that the actual place of entry into the atmosphere will differ from the calculated one by thousands of kilometers. For certain it can only be said that the station will fall in the region between 43 ° north latitude and 43 ° south latitude. 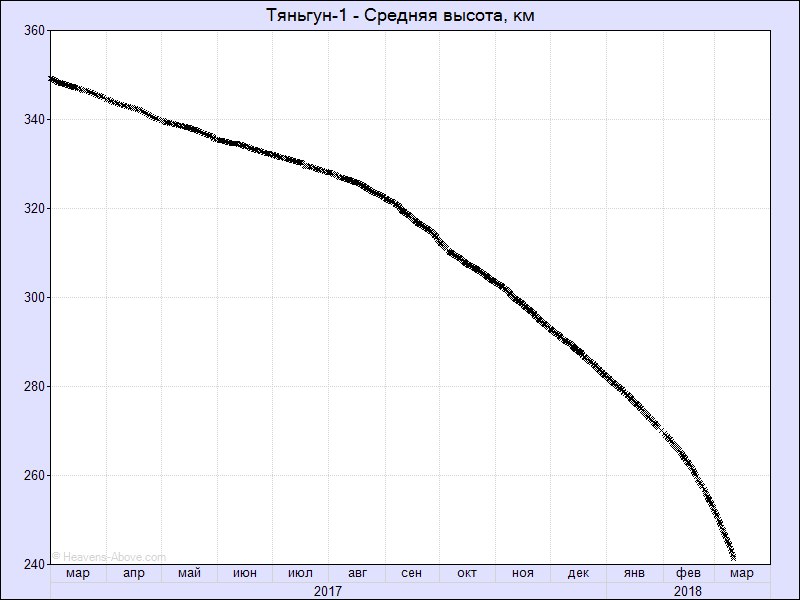 The length of the “Tiangun-1” is 10.4 m, the starting weight is 8.5 tons. Some part of the station’s construction will survive the fall and reach the earth’s surface. But given its small mass, the likelihood that the wreckage will cause some damage is very low. It is more probable that someone will be lucky to enjoy the beautiful spectacle of the passage of a gradually falling apart station.

It should be noted that currently there is another Chinese orbiting station “Tiangun-2” in orbit. It was launched in 2016 and took one visiting expedition and the first Chinese cargo spacecraft Tianzhou-1. At present, the station continues its flight in unmanned mode. It is still unknown whether the Celestial Empire will reduce the station from orbit, send new ships to it, or, like its predecessor, simply leave it in the mode of orbital “drift”.