Climate scientists reported on the “enlightenment” of the Earth’s atmosphere 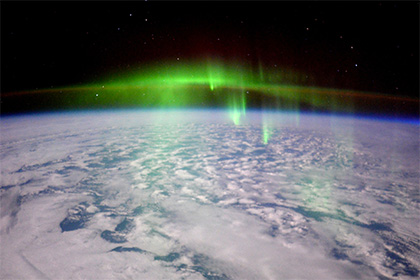 The Earth’s atmosphere in pre-industrial times was more turbid than today. Dedicated to this study three independent international groups of scientists published in the journals Nature and Science, briefly about them, reports CERN. Three group of climate scientists independently from each other showed that organic pairs emitted by the trees in pre-industrial times have contributed the formation in the atmosphere aerosol particles with a diameter of 50-100 nanometers. These structures served as the centres of condensation of water vapor, of which formed clouds. Previously, scientists believed that the atmosphere the pre-industrial era was more transparent than today. Research scientists disproved it.

The reason for this is that previously a leading role in the formation of aerosol particles, the specialists assigned sulfuric acid. This substance, as believed by scientists, enters the atmosphere in an intense burning fossil fuels, which began in the industrial age. The work of three groups of scientists leads to the need Refine existing climate models, however, as noted the experts did not significantly affect predictions at high rates
global warming, caused by anthropogenic factors.