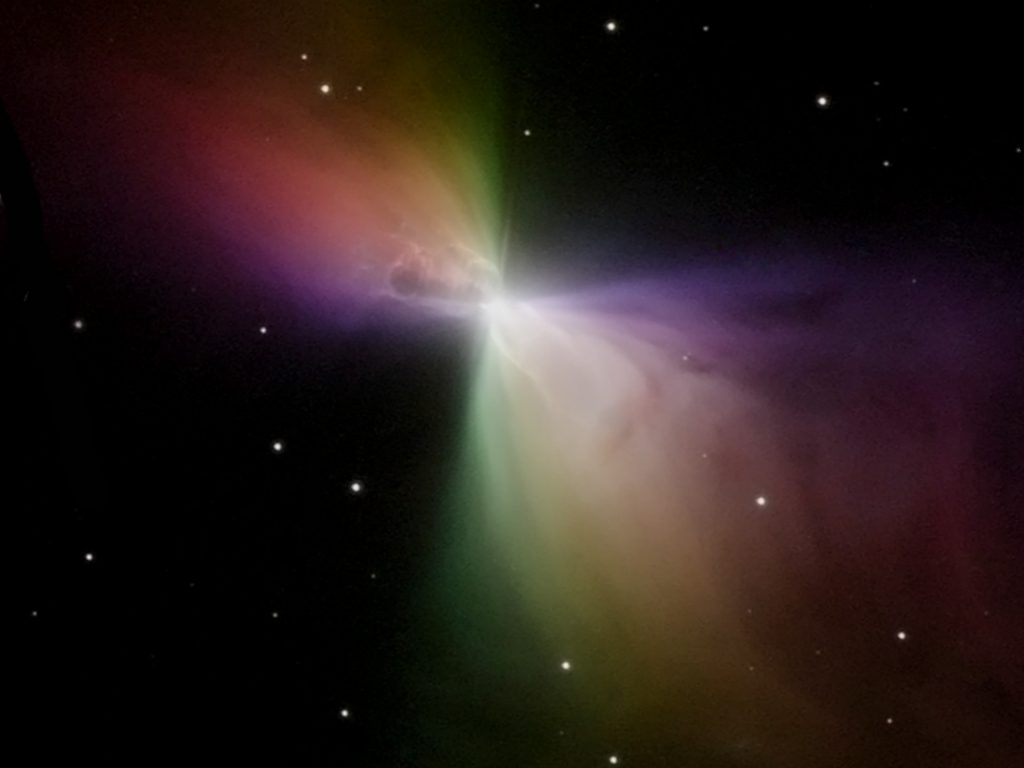 Where you have gone in the Universe, everywhere there will be heat sources. The farther you from them from all, the more cold. At distance in 150 million kilometers from the Sun Earth maintains modest temperature in 26-27 degrees Celsius which would be degrees 50 colder, we have no atmosphere. Further away — and the Sun will heat objects less and less. Pluton, for example, with the temperature of-229 degree Celsius: rather cold that liquid nitrogen has frozen. We can go further away, to interstellar space where the next stars will be in light years from us.

Cold molecular clouds which wander separately about all galaxy are even colder, several degrees higher than absolute zero. As stars, supernew, space beams, star winds and all the rest provide a galaxy with energy in general, it is difficult to find something else colder in the Milky Way. But if to go in intergalactic space, beyond millions of light years from the next stars, the only thing that will support you in heat, will be afterglow of the Big Bang, a space microwave background. 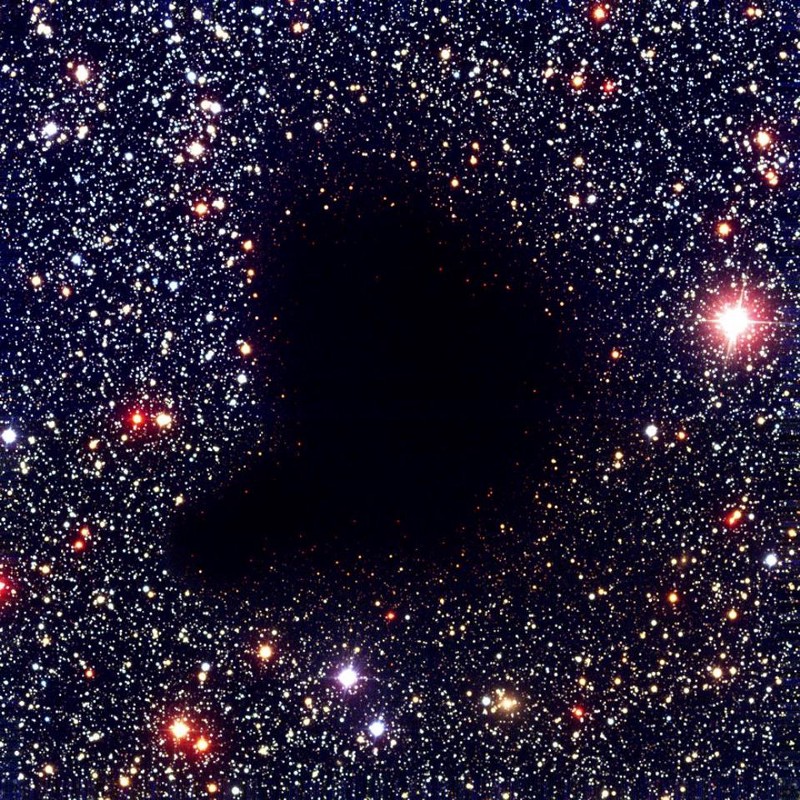 At a temperature below 3 degrees Celsius above absolute zero these hardly found photons are the only source of heat. As each place in the Universe is constantly bombarded by these infrared, microwave and radio photons, it is possible to think that 2,725 degrees Kelvin (-270,42 Celsius) are the coldest that it is possible to find in the nature. To test temperature more cold, it is necessary to wait until the Universe extends even more, will stretch lengths of waves of these photons and will cool down up to lower temperature. And it will occur, of course, but not soon. By this moment the Universe will become twice more senior — there will pass 13,8 billion more years — and the lowest temperature will hardly exceed at least one degree above absolute zero. However you can find already now the place which is colder than the deepest depths of intergalactic space. 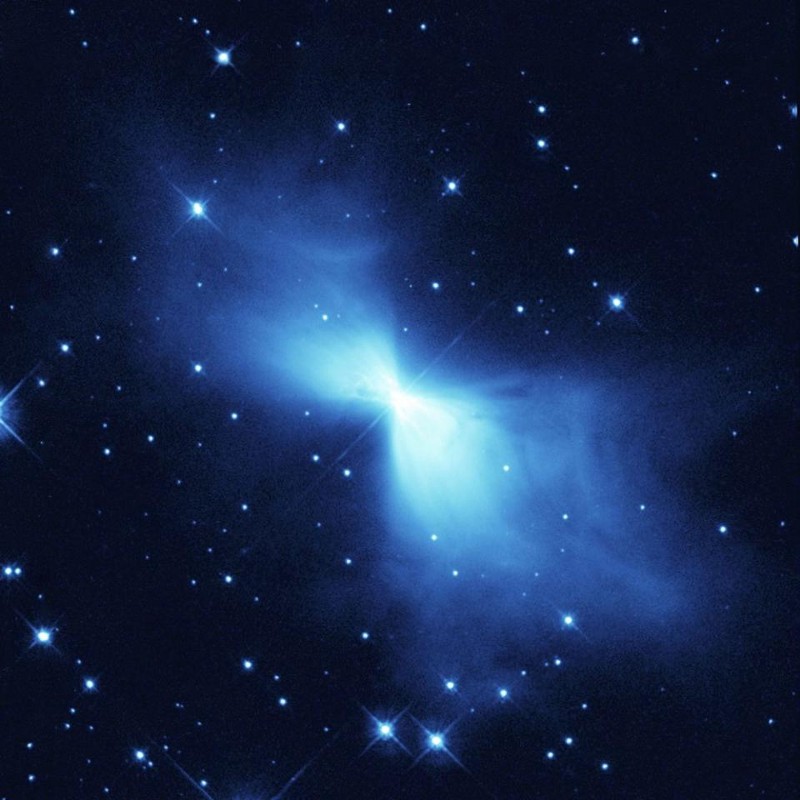 Even far it isn’t necessary to go. It is the fog Bumerang located in only 5000 light years from us in our own galaxy. In 1980 when she was observed for the first time in Australia, she was similar to a two-submultiple asymmetric fog for what she was nicknamed “boomerang”. The subsequent observations have shown that this fog is actually a preplanetarny fog, the intermediate stage in life of the dying stars like Sun. All similar stars evolve in red giants and finish the life in the form of a planetary fog and the white dwarf when external layers are inflated, and the central kernel contracts. But between the red giant and a planetary fog there is a phase of a preplanetarny fog. 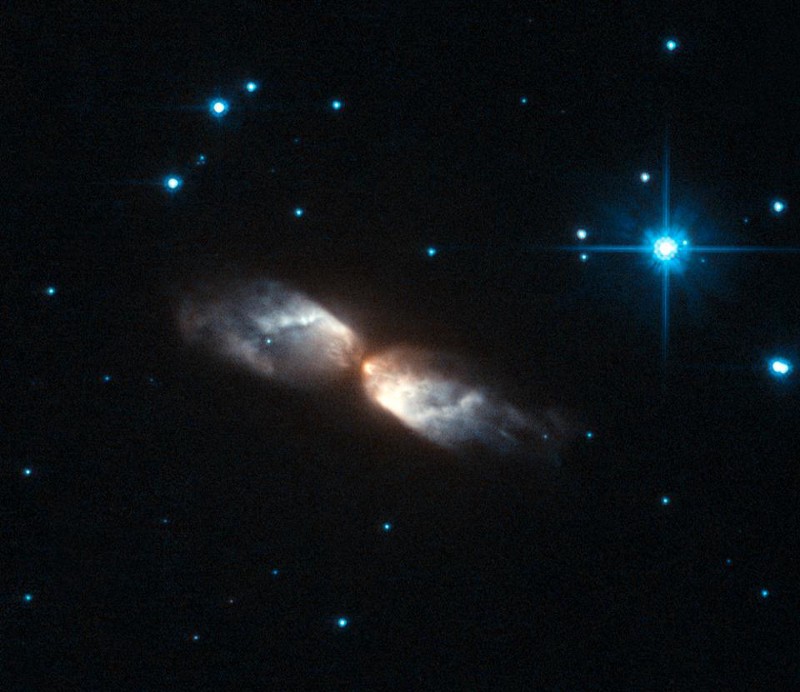 Before the internal temperature of a star increases, but after pushing out of external layers begins, we will receive preplanetarny a fog. Sometimes in the form of the sphere, but is more often in the form of two bipolar dzhet, she will throw out substance from solar system on interstellar Wednesday. This stage very short: only several thousands of years. Meanwhile in such phase about ten stars were revealed. But the fog Bumeranga special even among them. Her gas dzheta are thrown out ten times quicker, than usually, moving at a speed about 164 kilometers per second. She loses weight quicker, than it is necessary: every year material on several Neptunes disappears. As a result the coldest place in the known Universe turns out, and in some parts of a fog temperature makes about 0,5 degrees Kelvin: half-degree above absolute zero. 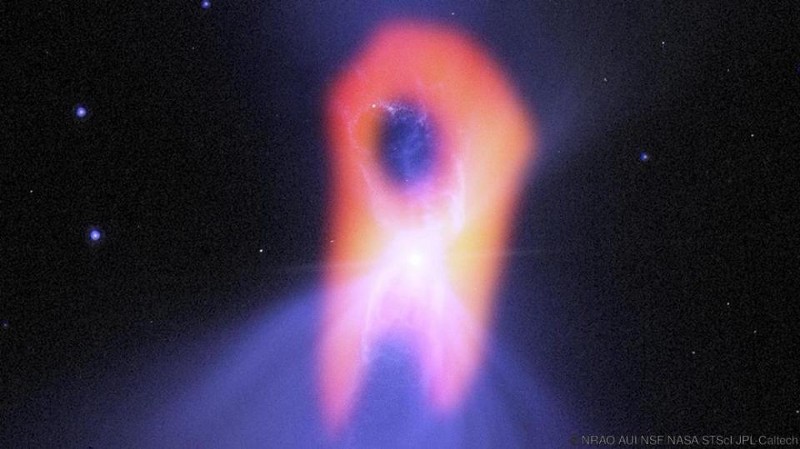 All other planetary and preplanetarny fogs are much warmer, but why so occurs – it is it is very simple to explain. Try to inhale, hold deeply the breath for three seconds and then to let out the air. It is possible to do it in two ways, holding a hand at distance of 15 centimeters from your mouth.

It is possible to exhale widely razinuty mouth and to feel how warm air softly hits against your hand.
It is possible to extend lips a tubule and to blow cold air.
In both cases air heats up in your body and remains the same temperature before passes through your lips. But if the mouth is widely open, air comes out slowly and slightly heats a hand. If he leaves through a small opening, air quickly extends and cools down.

External layers of a star which have generated the fog Bumerang are in the same conditions:
it is a lot of hot substance
which quickly is thrown out
from a tiny point (to be exact, two)
extends and cools down.
But what is especially interesting, so is that the fog Bumerang was predicted still before have found. The astronomer Razhvendra Sakhay has counted that the preplanetarny fog under certain conditions — that have been described above — can really reach lower temperature, than all other places in the Universe. Sakhy then has joined the team in 1995 which has done important long-wave observations and has determined fog Bumerang temperature. Now this coldest known place in the Universe.