Comet 67P/Churyumov-Gerasimenko is much younger than previously thought 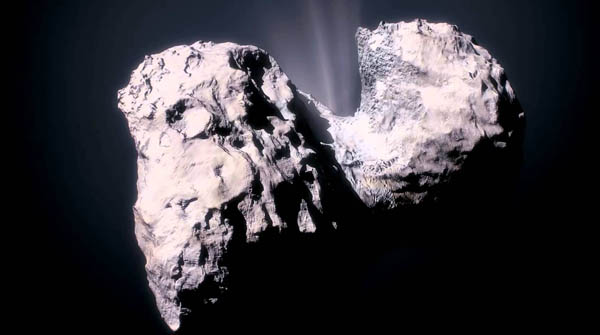 Based on the results of computer simulations, astrophysics from the University of Bern, Switzerland, came to the conclusion that the comet could not be formed during the formation of the Solar system, 4.5 billion years ago. Although this comet contains primary material remaining since the formation of our planetary system, but in the form in which it exists now, the comet Churyumov-Gerasimenko is for not more than one billion years.

According to current views, based on the results of the analysis of the data collected by the probe “Rosetta” (Rosetta), it is believed that the comet 67P Churyumov-Gerasimenko was formed by “soft” collision between two heavenly bodies is about 4.5 billion years ago.

However, in the new study, a team of scientists led by Martin Jutzi (Martin Jutzi) from the University of Bern showed by computer simulation that the object of such a complex shape as comet 67P is too fragile to withstand collisions with other large bodies in the Solar system, so during one of the periods in the history of the Solar system, characterized by intense clashes between its objects, this composite is simply the comet would be broken up into two parts, paraleipsis right on the isthmus between the two lobes.