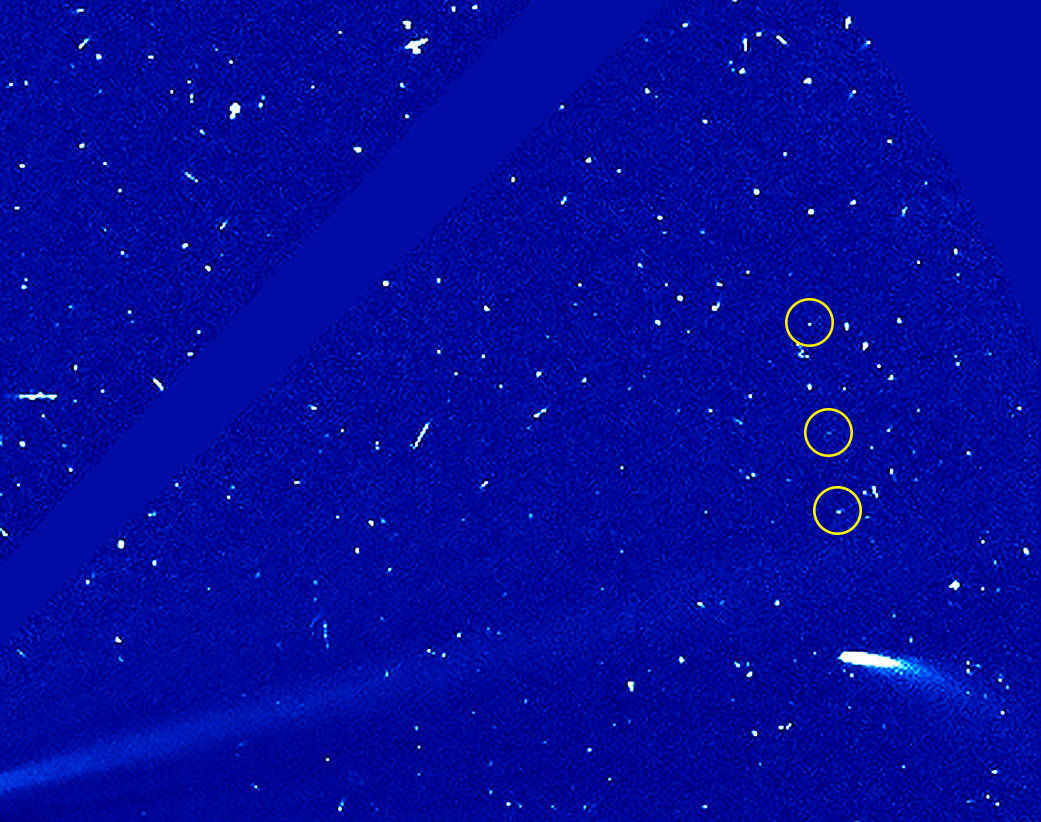 A joint mission of NASA and ESA (the European Space Agency) called SOHO (Solar and Heliospheric Observatory) observed this week the return of an “old friend” – comet 96P. October 25, 2017, this comet entered the field of observation of the observatory SOHO and left it on October 30. Observatory SOHO observed before the comet 96P three more times: in 1996, 2002 and 2007. Thus, the comet 96P more often than all other comets, fell into the field of view of this apparatus.

At the same time, the 96P comet also entered the field of review of another NASA mission called STEREO (Solar and Terrestrial Relations Observatory) – more precisely, it happened between October 26 and 28. This space observatory observed a comet 96P from the opposite side of the Earth’s solar orbit. Scientists intend to use the data collected by these two space observatories to obtain new information about the composition of the comet matter and its interaction with the solar wind.

Comet 96P – also known as the McHols comet – makes one revolution around the Sun for 5.24 years. When Comet 96P appeared in the SOHO Observatory’s field of sight in 2012, amateur astronomers studying data from the Observatory discovered two small fragments of the comet at a slight distance from the main body, indicating that the comet is constantly changing. This time they found one more, the third fragment in the tail of the comet (pictured), indicating that it continues.