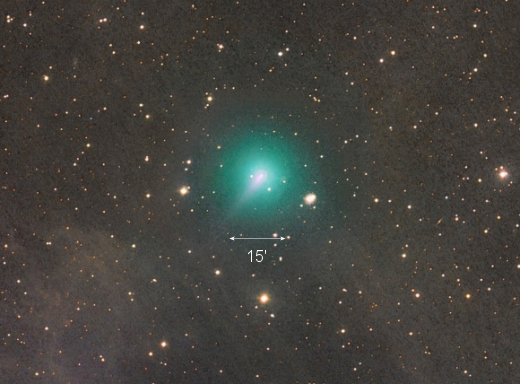 No one knows how big the ice core of Comet Atlas can be (C / 2019 Y4). Perhaps it is not wider than a few kilometers. One thing is certain, the atmosphere of the comet is huge. New images taken by amateur astronomers around the world show that the gaseous shell of the comet has swelled up to ~ 720,000 km in diameter — about half the width of the sun.

“The coma of the comet atlas (atmosphere) is about 15 angular minutes in diameter,” says Michael Yeager Weissenkirchen, Austria, he is the one who took the photo you see above on March 18. “Her tail is about the same size.”

Other astronomers get similar results. 15 arkminut equals a quarter of a degree. Given the distance to the comet of the atlas 1.1 AS on March 18, this angle corresponds to the physical size of 720,000 km. 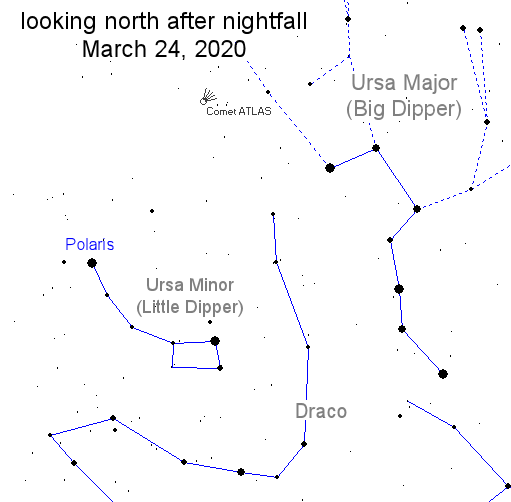 It is not unusual for comets to grow so large. While their icy solid cores usually have only kilometers in diameter, they can spew huge amounts of gas and dust into space, filling huge volumes with their exhaust.

In the fall of 2007, Comet 17P / Holmes partially exploded and for some time had an atmosphere even larger than the Sun. The Great Comet of 1811 also had a coma the size of the Sun.

Whether Comet ATLAS will ultimately compete with these giants of the past remains to be seen.