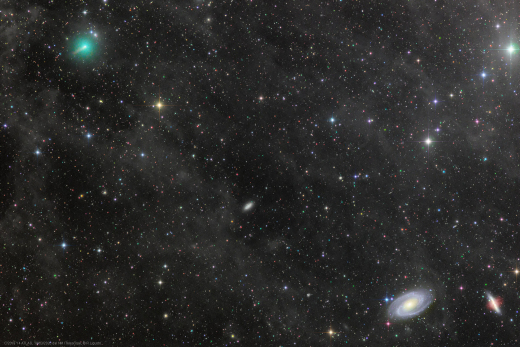 Get ready for the space show. Comet ATLAS (C2019 Y4) is approaching the Sun and it may become one of the brightest comets in many years.

“The atlas continues to glow much brighter than expected,” says Carl Buttams of the Naval Research Laboratory in Washington, DC.

The comet was discovered in December 2019. Astronomers quickly realized that this event could be special. On May 31, 2020, Comet ATLAS will go deep into the orbit of Mercury, only at a distance of 0.25 AU from the sun. If she can survive in the heat of the sun, she can have a good show.

However, no one expected the show to begin so soon. More than 2 months before perihelion (the closest approach to the Sun), the comet is already “warming up”.

“The global comet observational database shows that it has already shown a brightness increase of 4,000 times. It can become visible to the naked eye in early April.

“Right now, the comet is releasing a huge amount of its frozen volatile substances (gases),” says Battams. “That’s why it is gaining brightness so quickly.”