Comet Swift – Tuttle will destroy all life on Earth 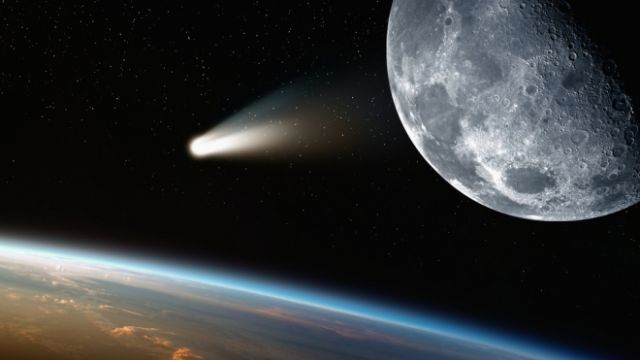 The international scientific community called the object deadly dangerous for humanity in the solar system. Meeting Earth with this “killer” will have an effect equal to the explosion of 20 million hydrogen bombs, and most importantly, it is quite real.

Scientists seriously thought about the possibility of a collision with the 36-kilometer Swift-Tuttle comet, responsible for the appearance of the Perseid meteor shower. According to scientists, in the future the cosmic bulk will pass so close to Jupiter that its attraction will change its trajectory: Comet Swift – Tuttle will rush to the Earth.

It is reported that this should happen in 2,5 thousand years. Scientists are sure that if a comet hits the surface of the Earth, all living things will perish in the blink of an eye.