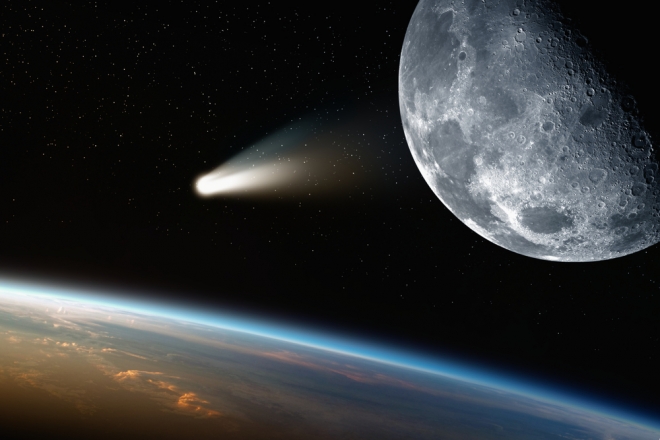 Comet swift — Tuttle is one of the largest space objects, whose paths intersect with the Ground. Length of the comet with a tail of 25 km. In 1973, astronomer Brian Marsden predicted that one day the heavenly body will crash into our planet.

Initially it was thought that the comet will collide with the Earth in 2126 year, triggering a catastrophic series of events that will eventually cause worldwide mass extinctions. Further calculations determined that the collision will not happen — the comet will pass at 22.5 million km from Earth. But if the “accident” occurred, the consequences would be horrific.

A comet passes by the Earth approximately every 130 years, traveling at a speed of 58 km/s, which is 150 times the speed of sound. The impact with the Ground would be 300 times stronger than the one that killed the dinosaurs. Due to the collision into the stratosphere would get dangerous amounts of sulfur dioxide and carbon dioxide. The influx of these gases would cause cooling of the planet and the long-term warming that significantly would have changed the Earth’s climate. Change would cause mass extinction around the world. It is likely that the comet would land in the ocean, causing earthquakes and tsunamis, but not mass extinction.

Astronomers say that the comet swift — Tuttle will fly past earth on 5 August 2126 year at a distance of 60 times the distance from Earth to the moon.

The comet leaves a reminder of their visit — the annual Perseid meteor shower, which “shed” in the middle of August. The event occurs when the Earth passes through a trail of comet debris. This year’s celestial show will be out of the ordinary. Usually during activity of Perseid appears 80 visible meteors per hour, but in 2016 they will be 150-200.