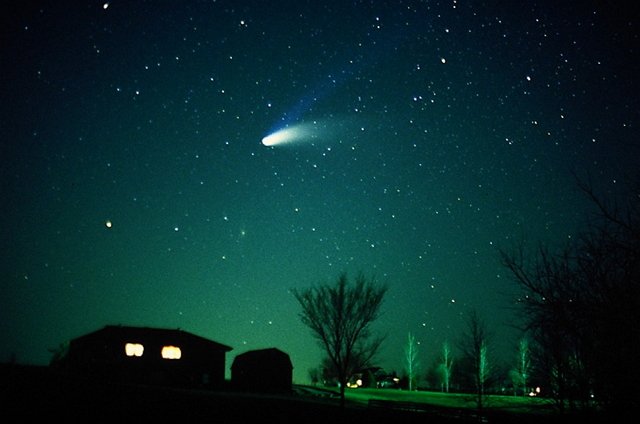 March 30 from the Earth in the near-zenith part of the sky, you can see with the help of binoculars approaching a comet, and on April 5, 2017 an enormous comet will fly at a minimum distance of 22 million km from the Earth and reach a brightness of 6m. On April 13, the comet will fly to the minimum distance to the Sun and reach its maximum brightness.