Comets influenced the origin of life on Earth 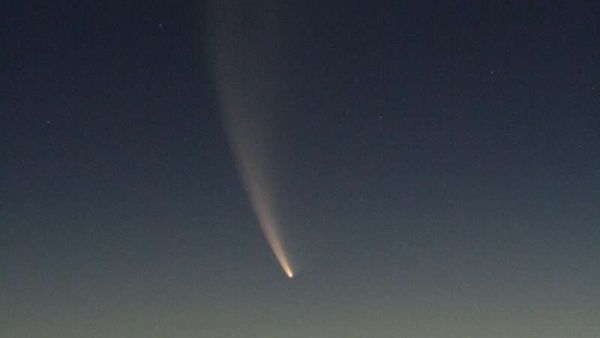 The Big Bang may have started the universe, but it’s likely that smaller impacts played a key role in the origin of life on Earth.

Albion physics professor Nicholl Zellner and chemistry professor Vanessa McCaffrey, along with former student Jaden Butler, share their exciting discoveries about the interdimensional scattering of glycolaldehyde (glycolaldehyde) in an article published in Astrobiology.

Their NASA-funded project at the Johnson Space Center’s Experimental Impact Laboratory exposed glycolaldehyde samples to shock pressures of 4.5 to 25 gigapascals – at a lower force level much greater than the pressure of the deepest ocean water. Albion’s team found that glycolaldehyde, a sugar important in the chemistry that produces ribose, can maintain its integrity under such extreme pressure.

“Experiments simulating collisions show time and again that biomolecules found on comets, asteroids and meteorites do not completely disintegrate,” says Zellner. “The fact that glycolaldehyde can remain intact under these pressures provides another piece of the puzzle in our understanding of how biomolecules survived shock delivery to early Earth.”

In addition to keeping glycolaldehyde unchanged under such intense conditions, McCaffrey noted that several new molecules were seen after the impact, and that some of them could have important biological effects.

Zellner notes that Albion’s work predates recent observations by astronomers who reported that glycolaldehyde is present on several comets. These findings support the Albion team’s claim that glycolaldehyde was likely dispersed throughout the solar system (and on Earth) by comet collisions.

The results of the project add an important piece to the picture of how life began.

“Everyone assumed that glycolaldehyde was the parent molecule for ribose or amino acids, but little attention was paid to its source,” says Zellner. “We are showing what the source of this molecule could be.”