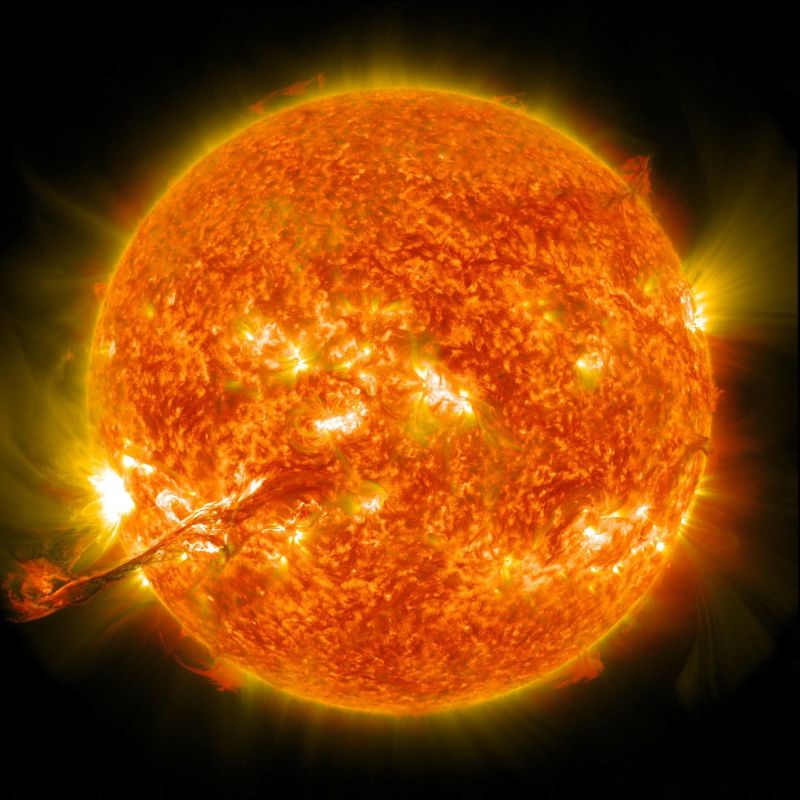 As the proverb says, everything new is a well-forgotten old. And although this common phrase often refers to fashion, design, or technology, scientists from the University of New Hampshire, USA, have found that it is applicable, among other things, to scientific research. After studying archival, long-collected scientific data, the researchers received new information on the form of coronal mass ejections (CME) – large-scale plasma eruptions and magnetic fields from the sun – which will help one day protect satellites in near-Earth orbit, as well as networks power supply on Earth.

“Since the late 1970s. it was thought that the coronal mass ejections resembled in shape the “Slinky” toy (or “Rainbow” – a small metal or plastic spring), both ends of which are fixed to the Sun, even when they reach the Earth about 1-3 days after the eruption – said Noe Lugaz, a researcher at the Center for Space Sciences at the University of New Hampshire. “However, our study suggests that CMEs have a different form.”

So far, scientists have been able to measure CME parameters at only one point. In his study, Lugaz and his team analyzed data collected with the help of two NASA satellites under the names Wind and ACE, which in the period from 2000 to 2002 were at a considerable distance from each other and simultaneously measured the parameters of solar eruptions approaching the Earth. The analysis carried out by the Lugaz team showed that the CME form can differ from the standard “Slinky” spring (they can take the form of a distorted spring or a completely different shape), or the CME can be in the form of a “Slinky” spring, but on a smaller scale (four times smaller) than previously thought.