“Cosmic Dawn” or When the First Stars Appeared 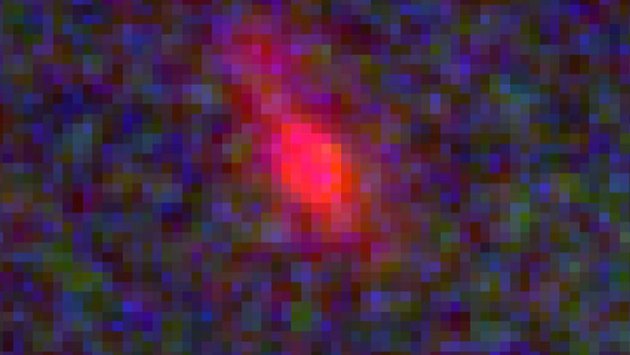 The researchers found out how many years passed after the Big Bang before the formation of the first stars.

The universe originated 13.8 billion years ago as a result of the Big Bang. After the initial outbreak, it went through a period known as the dark space ages. According to a new study, 250-350 million years after the Big Bang, the first stars appeared to bring light into space.

Most of the first stars were very different from our Sun. They were more massive and only burned hydrogen. But these objects created the next generation of stars, which led to the formation of heavier elements on the periodic table.

Researchers at the University of California at Santa Cruz, University College London and the University of Cambridge analyzed the starlight from six of the most distant galaxies known using the Hubble and Spitzer telescopes and estimated their age by determining the proportion of hydrogen in the atmosphere of their stars.

The hydrogen signature increases with the age of the stellar population, but decreases when the galaxy is more than a billion years old. The age dependence arises because the more massive stars that contribute to this signal burn their nuclear fuel faster and therefore die first.

This is one of the galaxies that scientists have studied. It is so far from us that even when viewed through the most powerful telescopes, it seems to be a set of pixels

When analyzing the data, the researchers needed to estimate the “redshift” of each galaxy, which indicates their cosmological distance and, therefore, the time of the flashback at which they are observed.

To achieve this, they performed spectroscopic measurements using a full arsenal of powerful ground-based telescopes: the Atacama Large Millimeter-Wave Antenna Array, the Very Large Telescope (VLT), and the Gemini and Keck Observatory telescopes.

The study showed that the first stars in the universe were born between 250 and 350 million years after the Big Bang. The first galaxies were bright enough to be “seen” by the James Webb Telescope, which is slated to launch in the near future.

“We are now looking forward to the launch of the James Webb Space Telescope, which we believe is capable of directly observing the cosmic dawn. The quest to see this important moment in the history of the universe has been the holy grail in astronomy for decades. Because we are made of material processed in stars, this is, in a sense, a search for our own origins, ”says lead author Nicholas Laporte.