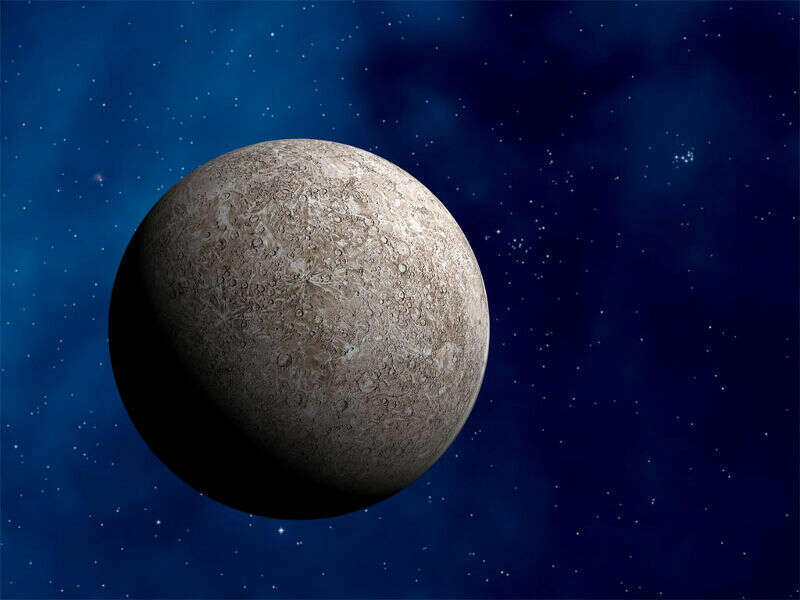 Mercury has water ice in the shadow of the steepest craters around its poles. But it’s not clear how these water molecules ended up on Mercury. New simulations show that incoming small bodies such as asteroids, comets and dust particles are carrying enough water to account for all the ice sheets present. This research could form the basis for new studies of water in exoplanetary systems. The work was published in Icarus magazine on April 19.

We have known for decades that Mercury has water. It can be expected that it can only be in the form of water vapor. After all, the planet doesn’t have an atmosphere, so we can rule out liquid due to the lack of pressure. Also, Mercury is nearly three times closer to the Sun than Earth, so water ice doesn’t seem like a likely option either. But there are also craters. Steep craters at high latitudes contain depressions that are forever dark, illuminated only by the dimly glowing band of the Milky Way against an ever-black sky. In these eerie places on the planet closest to the Sun are ice sheets many meters thick. Now the question remains: how did these water molecules end up on Mercury?

First author Katerina Frantseva (Netherlands Institute for Space Research SRON/University of Groningen) has developed an algorithm that simulates collisions in the form of asteroids, comets and interplanetary dust particles (IDP). It turned out that for a billion years, these bodies bring enough water to the surface of Mercury to explain the amount that we see now.

Frantseva says: “We can’t rule out endogenous sources of water, such as volcanic activity and outgassing from the crust and mantle, but that’s not enough to explain the amount of water we see on Mercury.” Simulations show that IDPs carry the heaviest load – more than ten thousand kilograms per year. In comparison, asteroids and comets each deliver about a thousand kilograms each year.

The simulations provide the basis for new theoretical models for delivering water to exoplanets – planets outside our solar system. These can be compared to future observations, such as the recently launched James Webb Telescope, which will allow astronomers to detect water signatures in the spectrum of light emitted by asteroid belts in exoplanetary systems when light is re-emitted from the host star.