Could a pair of black holes form within a dying star? 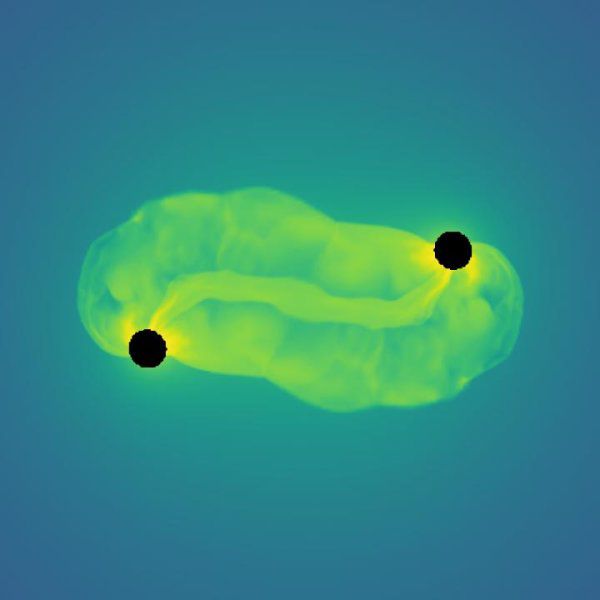 Far from the Earth, the two black holes are facing each other, emitting waves that distort space-time itself.

The existence of such waves – gravitational waves – was first predicted by Albert Einstein over a century ago on the basis of his General Theory of Relativity. And as always: Einstein was right!

However, only in 2015 the Laser Interferometer observatory Gravitational-Wave Observatory was able to register for the first time gravitational waves: the findings, thanks to which the team of the LIGO Observatory received the Nobel Prize in physics two years later.

However, now scientists began to worry another question: where did those black holes that had become the source of gravitational waves registered with the help of the LIGO observatory?

To answer this question in a new scientific paper, Joseph Fedrow of the Institute of Theoretical Physics of the University of Kyoto, Japan, defined how gravitational waves should look if the black holes emitting them formed inside one massive collapsing star.

One of the hypotheses of forming a close pair of black holes is that this pair is formed inside one dying star experiencing gravitational collapse.

To test this hypothesis, Fedrow and his colleagues conducted a computer simulation session that included two scenarios for the formation of two black holes: in a dense environment, similar to the bowels of a giant star, and in a less dense environment, close in properties to the vacuum of outer space. The obtained results were then compared with the results of observations made with the help of the LIGO observatory. The results of these calculations showed, to the astonishment of scientists, that the second of the tested hypotheses is closer to observations than the hypothesis of the formation of two black holes in the bowels of a dying star.