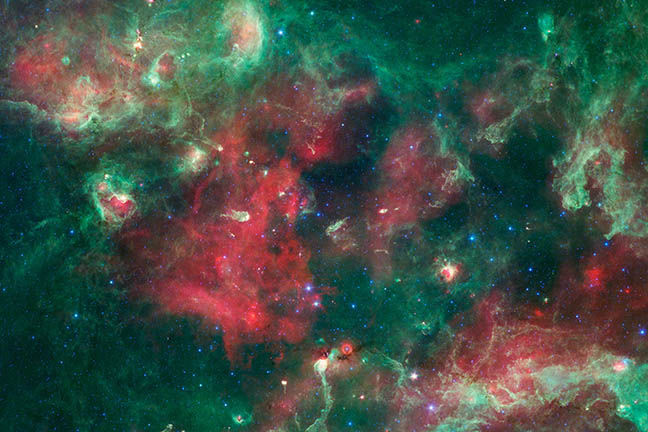 The research group under the leadership of Yong-Zhong Qian, professors of School of physics and astronomy of the Minnesota university, the USA, by means of new models and meteoric material showed that supernew small weight could start forming of our planetary system.

Qian and his colleagues in the research decided to check whether can supernew explain the small weight (about 12 mass of the Sun) composition of the material found in meteorites – representing the “construction bricks” of the Solar system which a little changed from the moment of its forming. This material is rich with beryllium-10 which origin many scientists connect with splitting more heavy-nuclei under the influence of cosmic rays. Qian and his team in the work on the basis of new models supernew show that availability of beryllium-10 as a part of substance of meteorites can be explained it with education in case of explosions supernew, both small, and high masses, however only the version from the supernew small weight which gave rise to the Solar system will well be approved with results of the spectroscopic analysis of substance of meteorites, authors of article say.

Now Qian’s team works on search of other short-lived kernels as a part of substance of meteorites. However in the nearest future scientists intend to confirm finally the hypothesis offered by them, having measured amounts of lithium-7 and the pine forests-11 which are created together with beryllium-10.