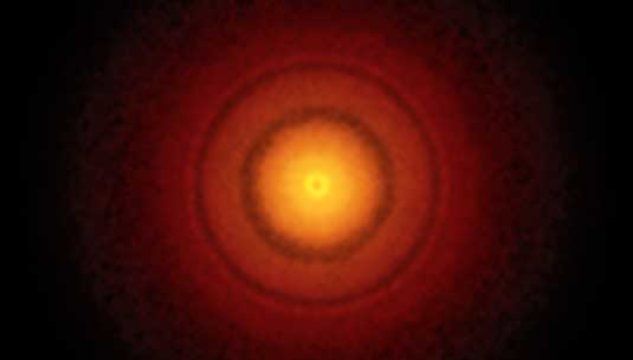 The dust disk surrounding the star TW Hydra, shows the ring formation, which may indicate the formation of planets. Astrophysicist from the University of Munich LMU, Germany, Barbara Ercolano, however, believes that the innermost ring actually indicates unavoidable scattering of the disk.

When these images of TW Hydra, demonstrating the annular gap, was first published in March of this year, they immediately attracted the attention of scientists, since these cracks are often associated with the formation of exoplanets. Even more tempting was represented by the fact that the diameter of one of the annular gaps is approximately equal to the diameter of Earth’s orbit around the Sun.

However, in the new study, Ercolano and her colleagues compared the results of new observations with theoretical models of planetary formation. Scientists discovered that the one slit in the disk of the star TW Hydra, most likely, is not connected with the active accretia matter exoplanets. Instead, the cause of this gap the researchers believe a process called photoevaporation, or fotospuredee. Photoevaporation occurs when the powerful radiation emitted by the parent star heats the gas and removes it so outside of the disk. However, although hopes for detection in the system of TW Hydra “double” of the Earth, too, is now evaporated on the eyes, however, the system of this star can be of great interest as a system, for example, which you can study in detail the features of the process of photoevaporation.